GSM stands for Global System for Mobile Communication and is an open, digital cellular technology used for transmitting mobile voice and data services.

A GSM network is made up of multiple functional entities and interfaces that facilitate sending and receiving of signaling and traffic messages. It is a collection of transceivers, controllers, switches, routers, and registers.

The GSM network can be divided into following broad parts.

The Abis interface is used between the BTS and BSC. At this level, the radio resources at the lower portion of Layer 3 are changed from the RR to the Base Transceiver Station Management (BTSM). The BTS management layer is a relay function at the BTS to the BSC.

The RR protocols are responsible for the allocation and reallocation of traffic channels between the MS and the BTS. These services include controlling the initial access to the system, paging for MT calls, the handover of calls between cell sites, power control, and call termination. The RR protocols provide the procedures for the use, allocation, reallocation, and release of the GSM channels. The BSC still has some radio resource management in place for the frequency coordination, frequency allocation, and the management of the overall network layer for the Layer 2 interfaces.

By mimicking real-world customer behavior in lab environments, our solutions allow mobile operators and equipment manufacturers to verify their wireless networks before deployment. In other words, one can setup a virtual real-time network emulating all the network elements using “MAPS™ 2G Wireless Lab Suite”. The test suite supports emulation of GSM Abis, GSM A, C/D/E, Gb, and GnGp interfaces.

With the purchase of RTP Core license (PKS102), MAPS™ GSM Abis supports transmission and detection of CS Domain RTP traffic such as, digits, voice file, single tone, dual tones, IVR, FAX*, and Video*. With regular RTP traffic, the maximum Simultaneous Calls up to 2500, and Calls per Second up to 250 is achievable. Almost all industry standard voice codec supported. 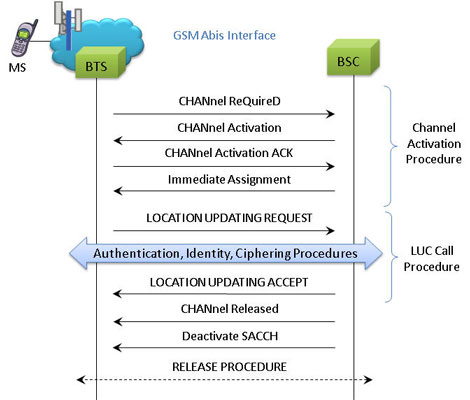 LUC Generation and Reception
The MAPS™ GSM Abis is considered to act as Base Transceiver Station (BTS) and initiating the call flow by sending Location Updating Request to the BSC (Base Station Controller). The DUT (BSC) on receipt of a LOCATION UPDATING REQUEST message initiates authentication process by sending AUTHENTICATION REQUEST. Also, simulates the complete call flow as in typical Location Updating Call (LUC) procedure. 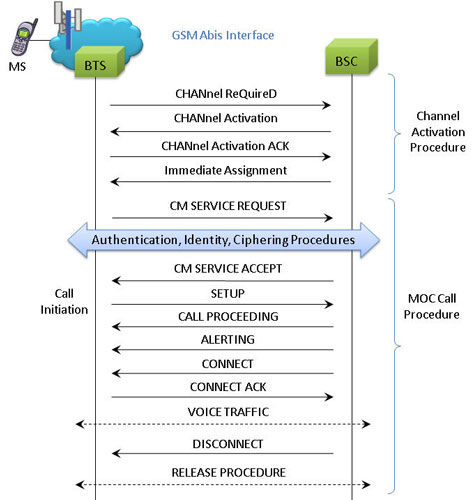 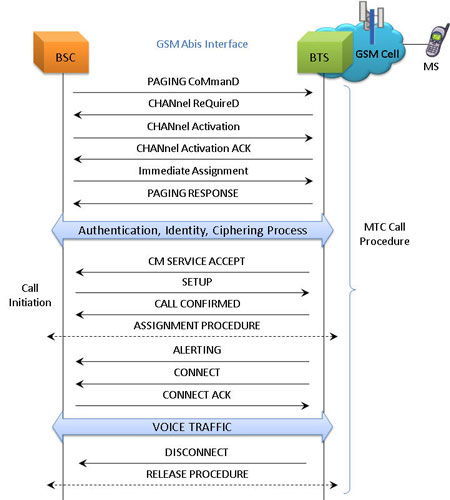 MTC Generation and Reception
MAPS™ GSM Abis is located at the network as Base Station Controller (BSC) initiating the call flow by sending the Paging message to the Mobile Station (BTS). The DUT (BTS) on receipt of a Paging message, sends a Paging Response message back to BSC. This can be observed in Call Reception window at BSC node. Also, emulate the complete call flow as in Mobile Terminating Call (MTC) call flow.