GTP (GPRS Tunneling Protocol) allows multi-protocol packets to be tunneled through the UMTS/GPRS Backbone between GGSN and SGSN.

MAPS™ GnGp Server with PacketLoad appliance supports massive simulation of UEs (up to 500000) with high-volume user-plane mobile data traffic simulation (up to 4 Gbps or 40 Gbps) for both UMTS, and LTE networks. 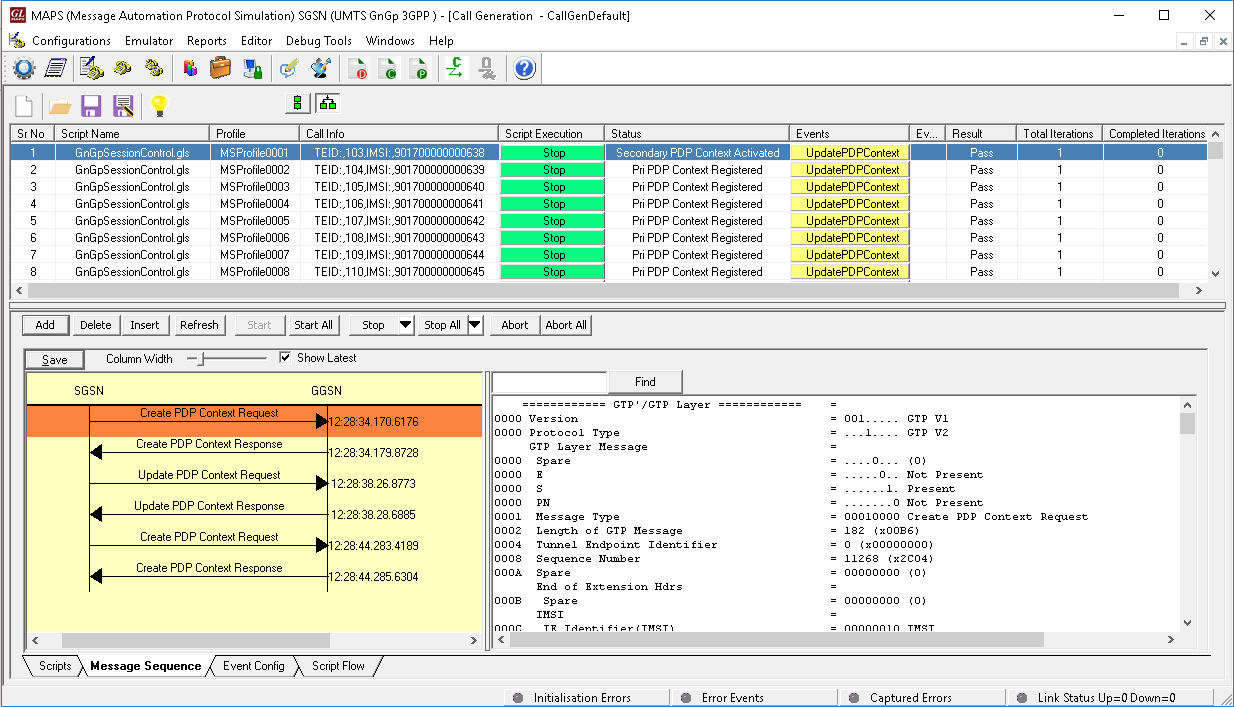 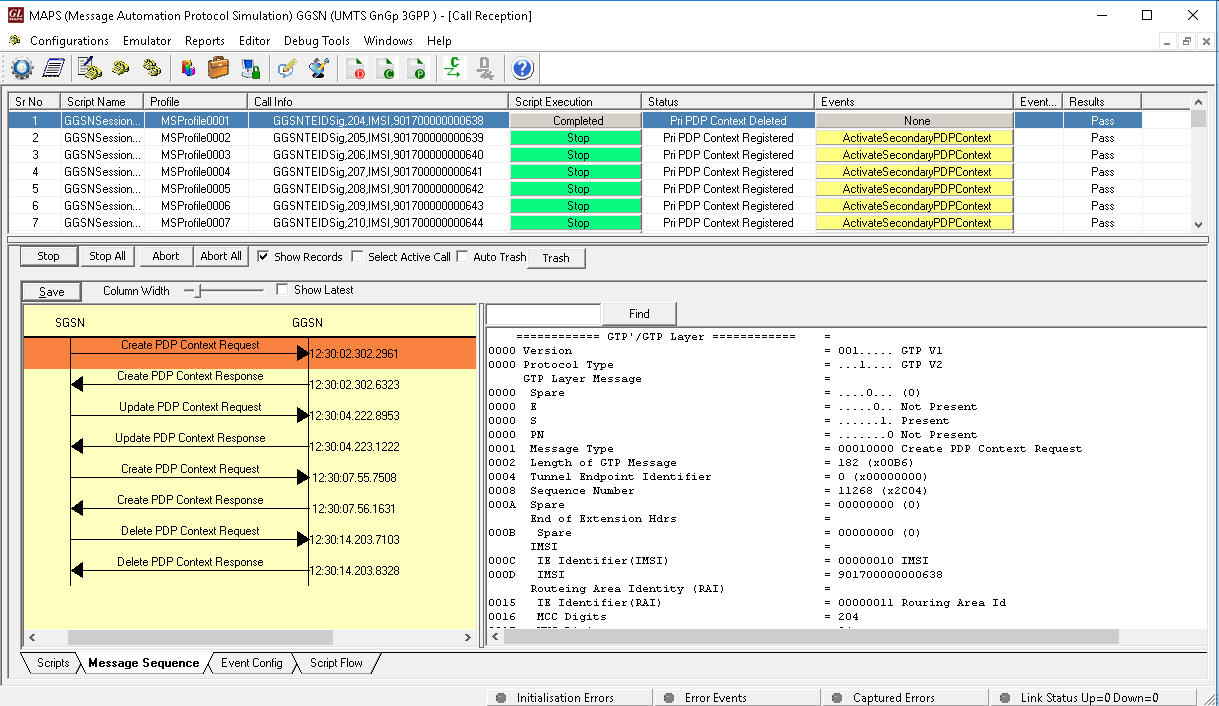 MAPS™ application acts as either the Caller or resides at the network terminal acting as Callee. The Call Generation feature simulates an outgoing call by sending call control messages to the DUT using scripts and profiles. The profiles allow necessary parameters of call control messages to be changed during runtime. Call generated from other entity can be automatically detected in call reception window by pre-setting the required answer scripts in the Incoming Call Handler.

Message Sequence - Each call scenario provides the trace with full decoding of the messages exchanged between the MAPS™ and the DUT, and graphical ladder diagrams of the call flow with time stamp. Impairments can be applied to messages to simulate error conditions that occur in real-time networks.

Scheduler can be used to schedule the simulation of bulk calls or manual calls at a specific start time. The pre-saved master configuration files for test setup and call simulation are automatically loaded to automate the test procedure.

Once the transport layer is configured properly, protocol specific signaling messages and traffic can be transmitted and received successfully. All parameters setup in test setup are global and are accessible to all scripts. These parameters initialize protocol engines and the transport modules specific to the protocol.

MAPS™ can be configured as server-side application, to enable remote controlling of the application through multiple command-line based clients. Supported clients include C++, TCL, Python and others. TCL provides a simple scripting language, with programming facilities such as looping, procedures, and variables. The TCL Client application includes a MapsTclIfc.dll file, a packaged library that enables communication with the Server from a TCL environment.

User can remotely perform all functions such as start test bed setup, load scripts and profiles, apply user events such as send digits/file/tones, detect digits/file/tones, dial, originate call, terminate call, start and stop traffic and so on. User can also generate and receive calls through commands. This client application is distributed along with MAPS™ Server application. Multiple MAPS™ CLI servers can be controlled remotely from single client application (such as TCL, Python, etc).

In addition, Message Stats option for any specific protocol, logs number of times the messages are being transmitted (Tx Count) and received (Rx Count), thus allowing user to monitor the occurring events.

User Defined Statistics - Users can customize the global statistics for RTP audio and video traffic. These global parameters are defined in the call generation scripts, which are calculated and updated periodically on run time.

Events Reporting – MAPS™ provides Event Log, Error Events, and Captured Errors windows that log the captured events and errors encountered during the progress of the call. 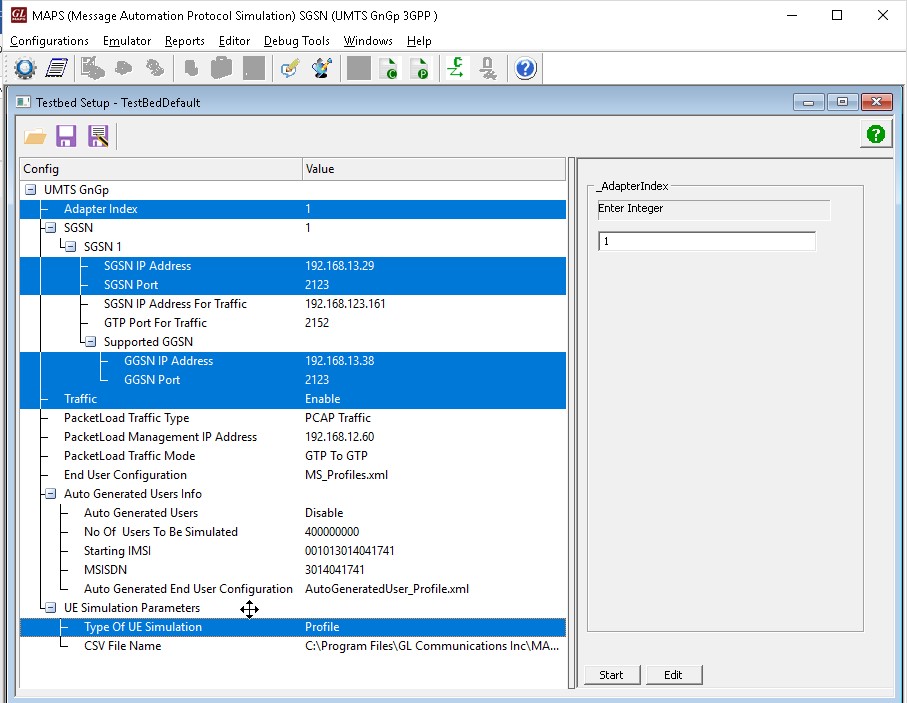 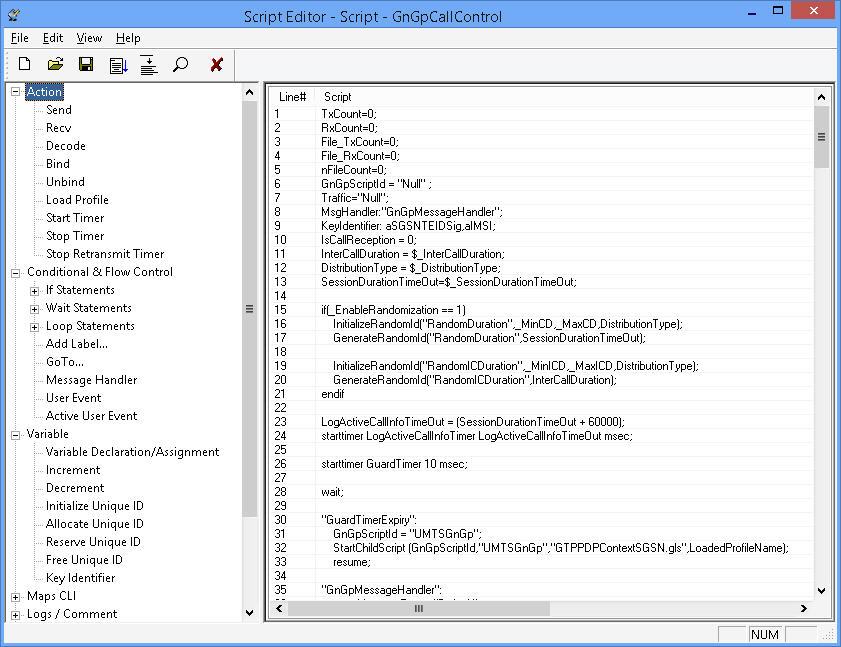 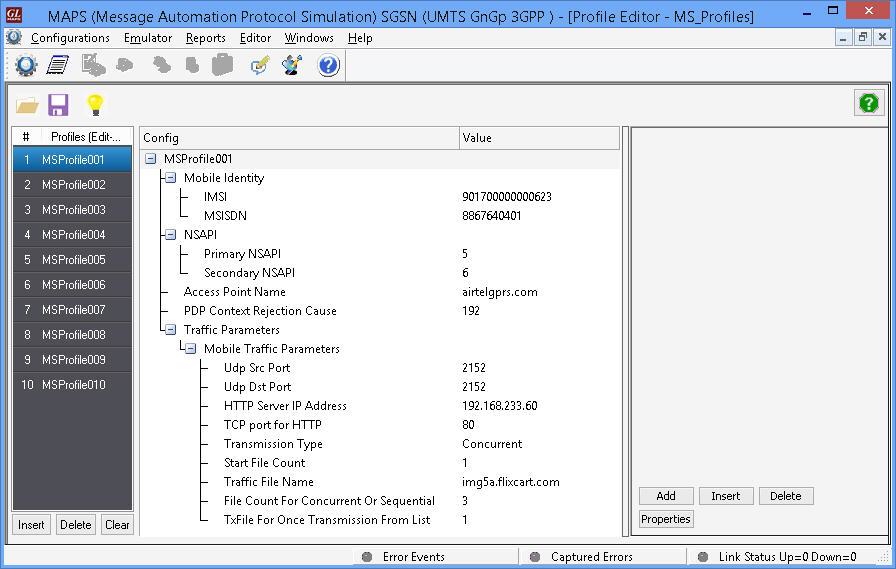 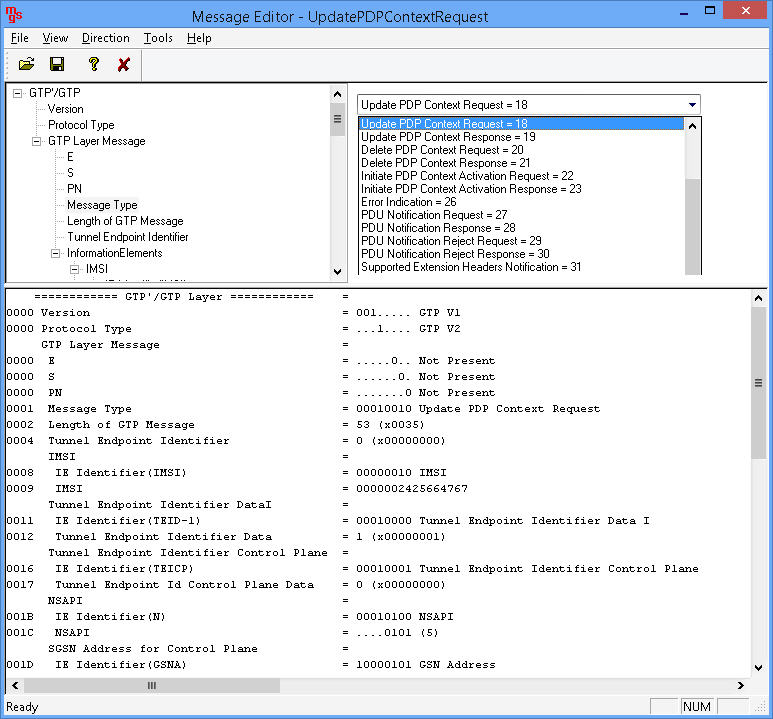 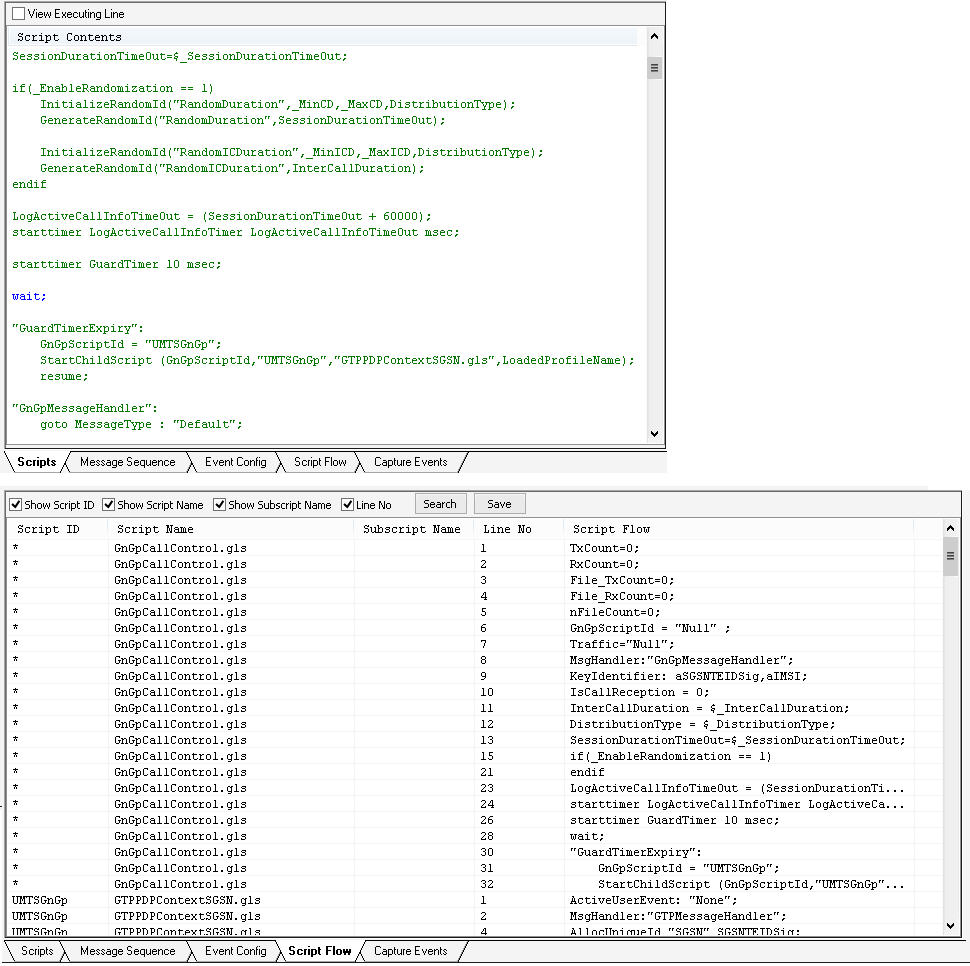 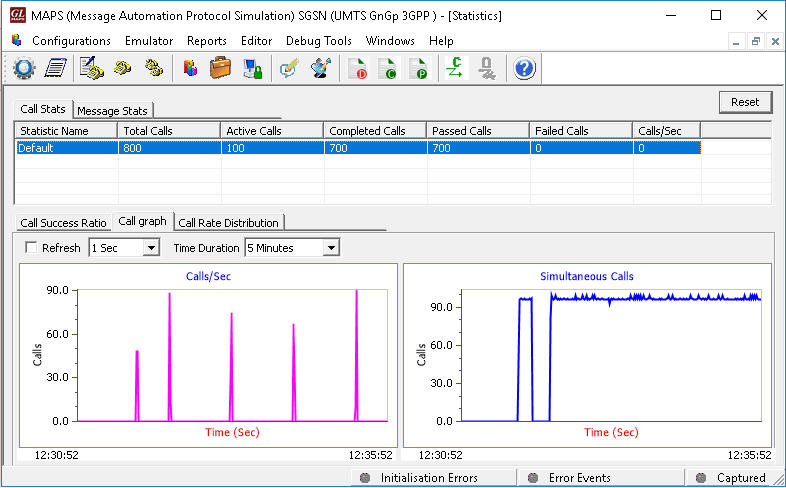