MAPS™ SIGTRAN Conformance Scripts (requires additional license) is designed for compliance tests and functional tests, where test objects can be accurately and reliably validated for compliance with ITU-T standard Q.761-764 and Q.784. It is suitable for manufacturers, network operators and service providers to address all stages of the development cycle, regression testing through to type approval, and acceptance testing.

MAPS™ application supports powerful utilities like Message Editor and Script Editor which allow new scenarios to be created or existing scenarios to be modified using ISUP messages and parameters.

MAPS™ SIGTRAN in an SS7overIP environment connects to traditional SS7 nodes or IP-enabled signaling nodes and offloads TDM SS7 traffic to IP networks. It is also capable of operating in an environment that interworks between TDM and SS7overIP. It supports TDM traffic simulation over IP networks. Various traffic types include File, Digits, Tones, FAX, IVR, Dynamic VF, and Voice Quality Testing. MAPS™ can be configured to auto start the traffic over SS7 signaling or manually define traffic at run time.

Also available is an independent GUI based SIGTRAN (SS7 over IP) Protocol Analyzer for online capture and decode of the signaling in real-time both during tests and as a stand-alone tracer for live systems.

The Sigtran call procedure is as shown below with two telecom switches exchanging the ISUP messages. Detailed call flows are provided in ITU-T Recommendation Q.784.1. 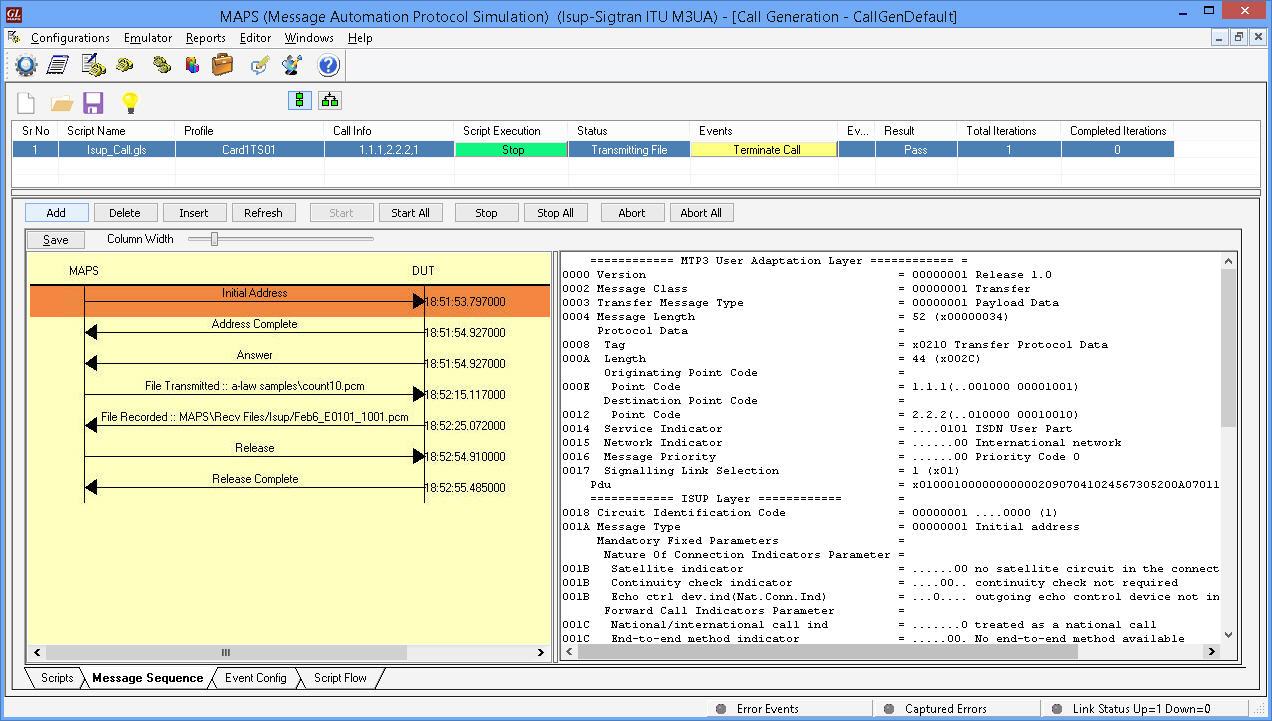 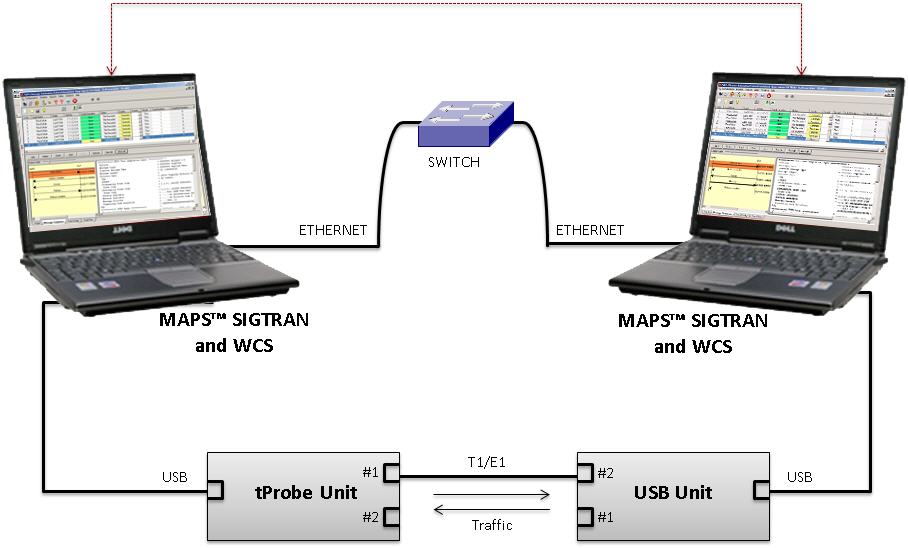 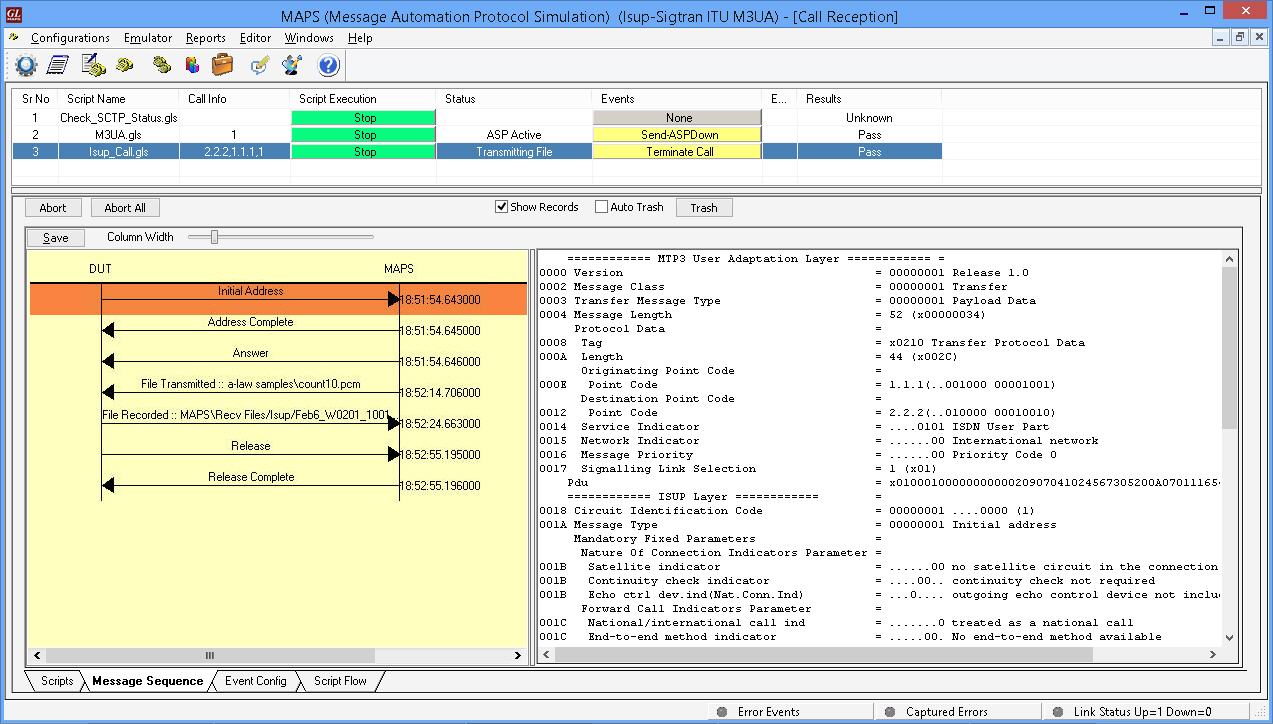 A typical MAPS™ Sigtran consists of: 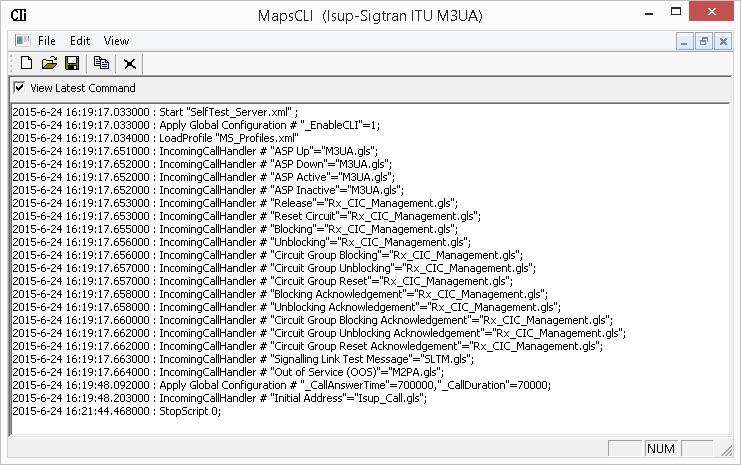 TCL client receives report event from the CLI server as shown in the figure below. 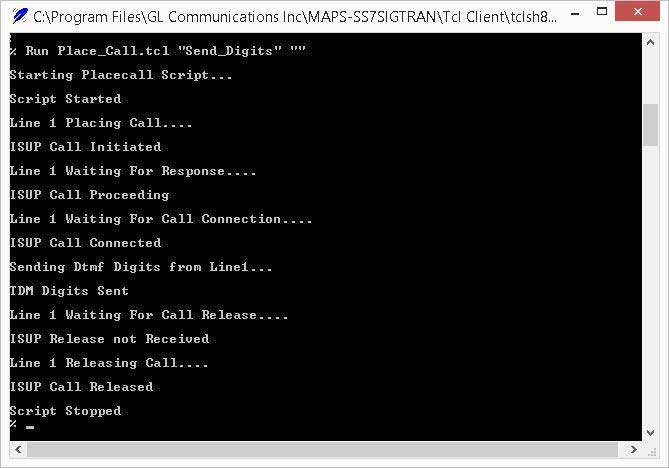