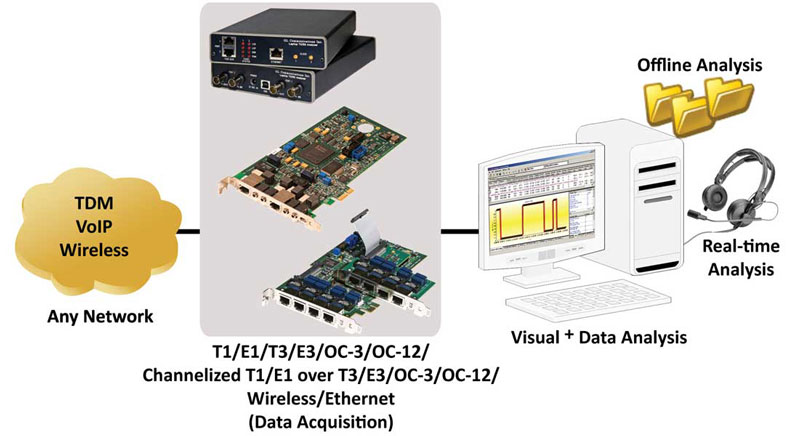 GL's protocol analyzer provides monitoring a communication link in accordance with industry protocol standards by non-intrusively tapping the network under test. The simple framework of the protocol analysis software helps you easily identify the improper sequence of protocol messages, and filter out frames causing the protocol violation.

GL carries the widest array of protocol analyzers for TDM, Wireless, and Packet networks. Based on a uniform architecture with identical features and functions, they can be used flexibly for a wide variety of tasks, including

Typical examples include, continuous recording of protocol exchange on an SS7 interface, limited only by hard disk or network storage space; or triggering, collecting and filtering for unique subscriber information and relaying such information to a back end processor; or collecting CDR information for billing.