CDMA technology has undergone many stages of revolution to offer improved voice and data service to the end users.

In order to deliver both voice as well as data service with very high transmission rate, CDMA network has incorporated many new nodes and protocols with respect to old 2G or 2.5G networks (GSM and GPRS network).

IS-2000 is the signaling standard, which defines protocols for several critical 3G CDMA interfaces pertaining to packet transmission namely A1, A7, A9 and A11 (shown below). An IS-2000 compliant Mobile Station (MS) can select either packet-switched data (PSD) or circuit-switched data (CSD) transport. CSD has maximum rate of 19.2 kbps and is delivered over traditional TDM circuits. PSD offers higher data rate for multimedia services. For each data session, a PPP (Point-to-Point Protocol) session is created between the Mobile Station and the Packet Data Serving Node (PDSN).

The CDMA2000 network comprises of the Radio Access Network (RAN) and the Core Network. A Mobile Station accesses the CDMA2000 network through the RAN. The RAN consists of the Air Link, Base Station Transceiver Subsystem (BTS), Base Station Controller (BSC), and a part of Packet Control Function (PCF). The RAN maps the Mobile Station ID to a unique link layer identifier that is used to communicate with the PDSN, validate the MS for access service, and maintain the established transmission links. The BTS connects to the BSC through un-channelized T1s and A-bis protocols (proprietary to a particular vendor) based on HDLC.

The BSC routes PSD and CSD messages between the cell sites and the MSC. In addition, the BSC is also responsible for mobility management. It connects to each Mobile Telephone Exchange (MTX) using channelized T1 lines for voice and circuit switched data; and to un-channelized T1 lines for signaling and control messages to the PDSN using Ethernet protocols.

The PCF routes IP data packets between the MS and the PDSN. The PDSN is the Gateway from the RAN into the public and private networks. The PDSN can act as either a standalone Network Access Server (NAS), Home Agent (HA) or a Foreign Agent (FA).

The CDMA analyzer application is invoked from the main menu of GL's T1/E1 Analyzer for real-time analyzer. The offline CDMA analyzer is invoked from the installation directory of the offline CDMA Analyzer. The analyzer displays Summary, Detail, Call Detail Record, Statistics and Hex dump View in different panes. The Summary pane displays various information such as Frame Number, Time, Length, Message Types, IP source and destination addresses and so on. User can select a frame in summary view to analyze and decode each frame in the Detail View. The Hex dump View displays the frame information in HEX and ASCII octet dump format.

Users can capture and analyze CDMA frames using real-time analyzer and record all or filtered traffic into a trace file. The recorded trace file can be used for offline analysis and exported to a comma-delimited file, or ASCII file.

For A1 interface, CDMA raw data capturing requires user to specify timeslots, bit inversion, octet bit reversion, user/network side, and data transmission rate options. In case of A3, A7, additional options such as ATM Mapping, scrambling, and inverse multiplexing options can be applied. In case of A9 A11 interface, Ethernet boards have to be specified on which data can be received.

Users can record all or filtered traffic into a trace file. Filtering and search capabilities adds a powerful dimension to the CDMA analyzer. These features isolate required frames from all the captured frames in real-time/offline. This allows filtering according to Data Link, MTP2, BSAP, SCCP, ATM, A3 & A7 IOS Application Layer, AAL2, A9 & A11 IOS Application Layer, IP, TCP/UDP and more.

Reassembly in CDMA - A3 & A7 Interface

Important call specific parameters like call status, release cause, parties involved and more are displayed in Call Detail Record View. Call traces can also be logically grouped, with each group comprising of unidirectional (either 'Forward' or 'Backward') data links (applicable for A1 interface only). Additionally, users are provided with the option to search a particular call detail record from the captured traces.

Statistics is an important feature available in CDMA analyzer and can be obtained for all frames both in real-time as well as offline mode. Various statistics can be obtained to study the performance and trend in the CDMA network, based on protocol fields and different parameters.

Users can control the captured trace files by saving the trace using different conventions such as trace files with user-defined prefixes, trace file with date-time prefixes, and slider control to indicate the total number of files, file size, frame count, or time limit. This feature also allows the captured frames to be saved into a trace file based on the filtering criteria set using display filter feature.

Protocol Configuration window provides a consolidated interface for all the important settings required in the analyzer. This includes various options such as protocol selection, startup options, stream/interface selection, filter/search criteria and so on. Any protocol field can be added to the summary view, filtering, and search features from this GUI providing the users more flexibility to monitor required protocol fields. All the configuration settings done can be saved to a file and then loaded from a configuration file. Users may also just revert to the default settings using the default option.

Monitor from a DSX-Patch Panel 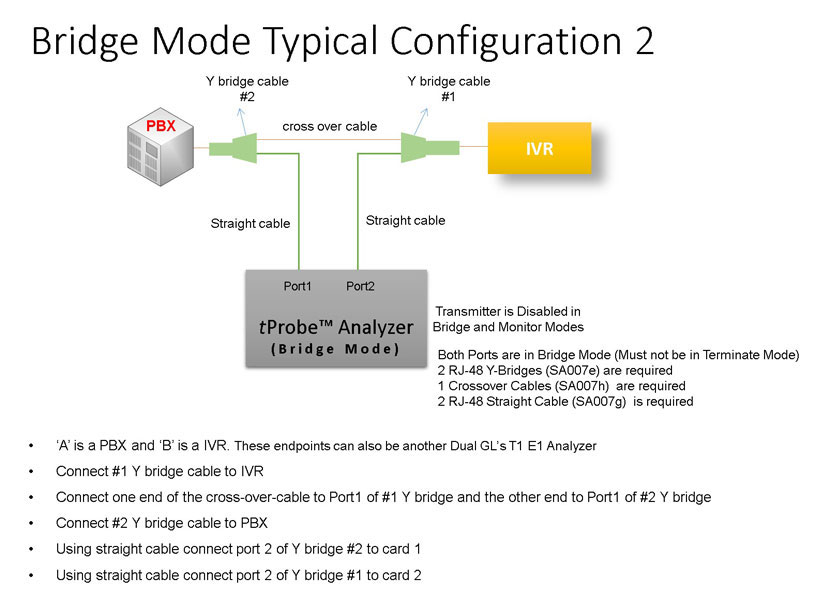 Please Note1: The XX in the Item No. refers to the hardware platform, listed at the bottom of the Buyer's Guide, which the software will be running on. Therefore, XX can either be ETA or EEA (Octal/Quad Boards), PTA or PEA (tProbe Units), UTA or UEA (USB Units), HUT or HUE (Universal Cards), and HDT or HDE (HD cards) depending upon the hardware.


* Specifications and features subject to change without notice.