MAPS™ 5G N4 can emulate and test SMF and UPF elements. SMF in the 5G N4 interface is primarily concerned with managing the UE’s PDU sessions. Its responsibilities include the establishment, modification, and release of the PDU sessions. UPF in the CUPS architecture is responsible for handling user data and reporting the traffic usage data to the SMF.

The CP function controls the packet processing in the UP function by establishing, modifying or deleting PFCP Session contexts and by provisioning rules in UPF regarding packet handling, forwarding, and usage reporting.

At the N4 interface level procedures SMF and UPF nodes are used to manage and establish the items that are not related to a specific N4 session. 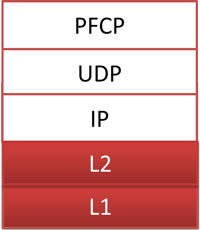 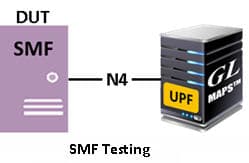 In 5G N4 interface, MAPS™ acts as either SMF to test UPF or UPF to test SMF emulating the following call control procedure. 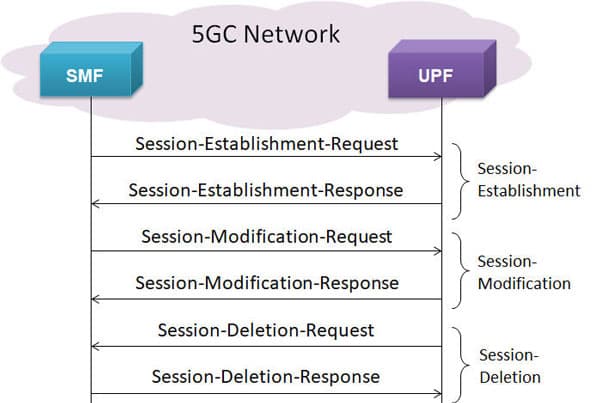 The below figures depict the Call Control Procedure simulation across 5G N4 interface between SMF and UPF. 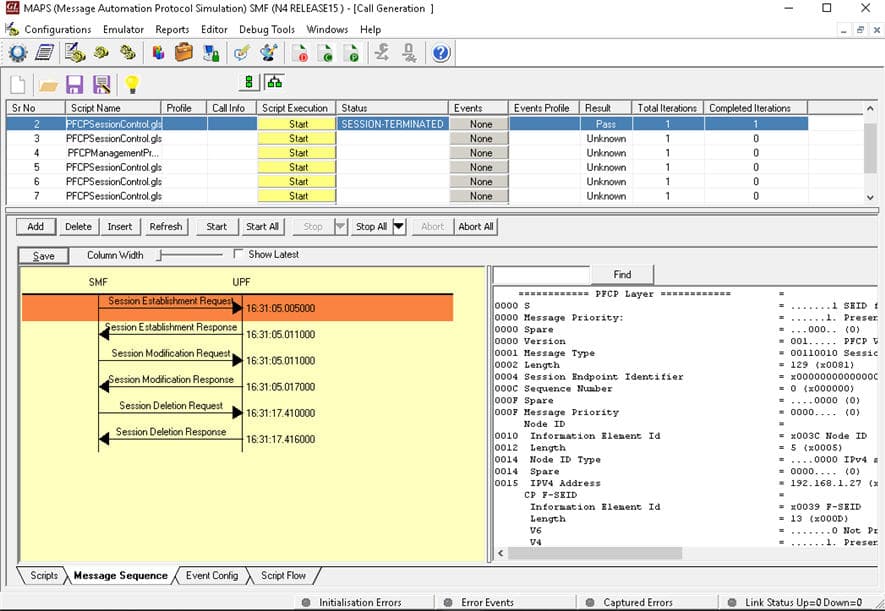 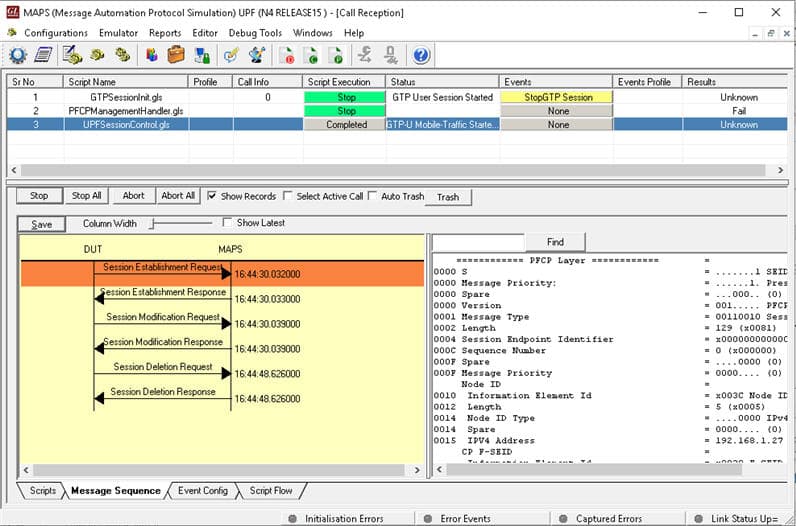