Welcome to another May 2014 issue of GL's Newsletter. This week we highlight the applications that have been enhanced to support G.722 Wideband Audio Codec over VoIP and T1 E1 Platforms.

Despite revolutionary advances in telecommunications technology, audio quality has remained virtually unchained for nearly 50 years! This may change with the penetration of VoIP in wired networks and Voice over LTE (VoLTE), for wireless networks. G.722 is a wideband codec with more natural sound, better clarity, and intelligibility. And very importantly, it's license free. Most all VoIP phones have it and use it within an enterprise and VPNs. Radio stations also use it for their audio transmissions prior to over the air transmission, since PSTN quality is just not good enough. The better quality is due to its better sampling spectral characteristics - shown below.

G.722 wideband audio codec has been around for some time (since ITU standardization in 1988). Compared to G.711, it has the following superior characteristics:

PacketScan™ is a versatile Packet Analyzer for VoIP that supports many signaling protocols like H.323, SIP, RTP, Skinny, Megaco, and more. It also supports many codecs including G.722. PacketGen™, a SIP protocol emulator, VQuad™ SIP, a voice and data quality test tool, and all MAPS™ Emulation products also support G.722. For comprehensive information on the above codecs, you can view Codec Listings.

Below are screenshots of PacketScan™'s Packet Data Analysis (PDA). 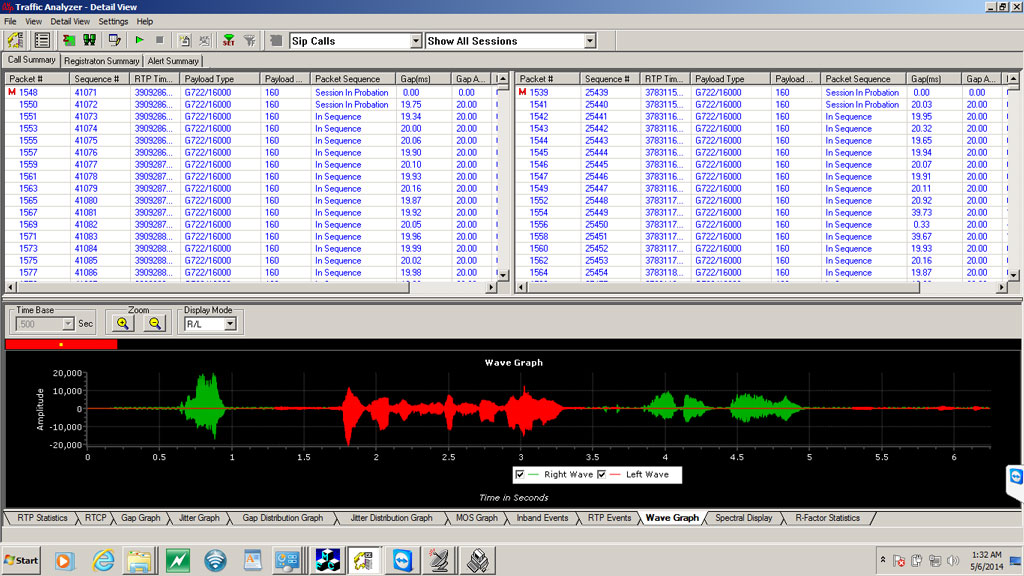 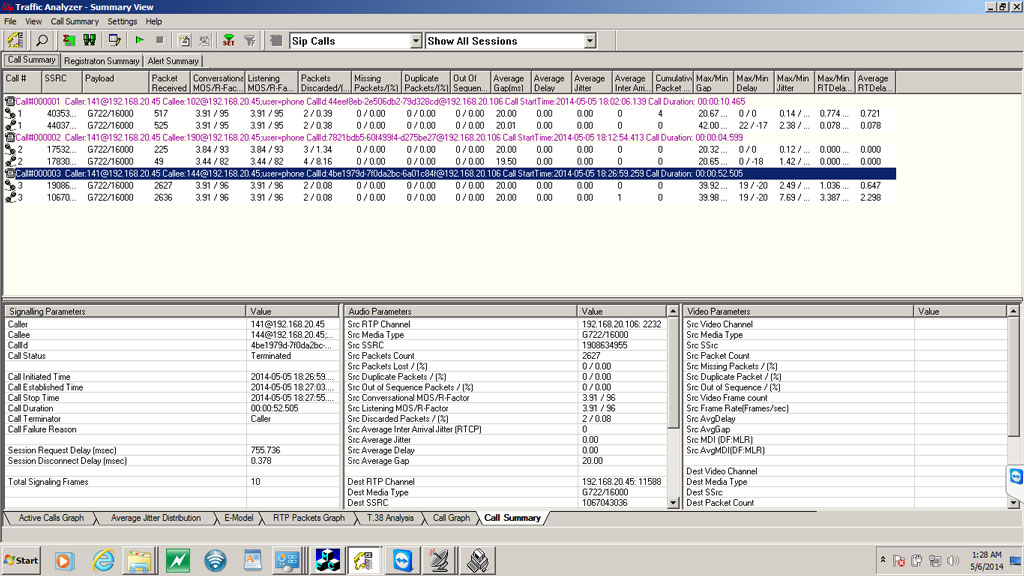