Carriers and enterprises are migrating to IP Networks from traditional PSTN Networks because IP Networks provide substantial advantages -- such as voice, data, and video convergence, greater platform densities, rapid service and feature enhancements, and productivity gains from unified communications. However, the transition to all IP requires “Gateways” that convert legacy signaling and traffic carried over TDM to new IP signaling / traffic carried over IP/Ethernet - therefore the need to test and emulate elements within both.

GL’s MAPS™ (Message Automation and Protocol Simulation) platforms can be used to simulate various elements in a hybrid TDM VoIP network, and test interconnection of different networks, be it IP-IP, TDM-IP, or TDM-TDM. A typical depiction of a hybrid TDM/IP network, and its components simulated by MAPS™ is shown in the figure above.

SS7 signaling in the PSTN is translated to SIGTRAN by the Signaling Gateway (SG).  TDM traffic is repackaged into RTP packets by the Media Gateway (MG).  A Media Gateway Controller (MGC) controls the various elements within the IP Network using SIP, Megaco, and MGCP protocols.  The reverse may happen if the call is destined to PSTN.  If the call stays within the IP domain, then an IP PBX may route the call to an IP endpoint.

A typical MAPS™ platform simulating a Signaling Gateway may consist of high density T1 E1 Cards, a Gigabit Ethernet Card, a multiprocessor CPU (such as an i7 PC) and MAPS™ SIGTRAN and MAPS™ SS7 software. Pre-written scripts translate SS7 to Sigtran and vice a versa. Media Gateways can be similarly integrated using MAPS™ software products, for Media Gateways high density T1 E1 Cards and MAPS™ Megaco or MAPS™ MGCP is required. Similarly, MAPS™ can assume the role of any of the elements. 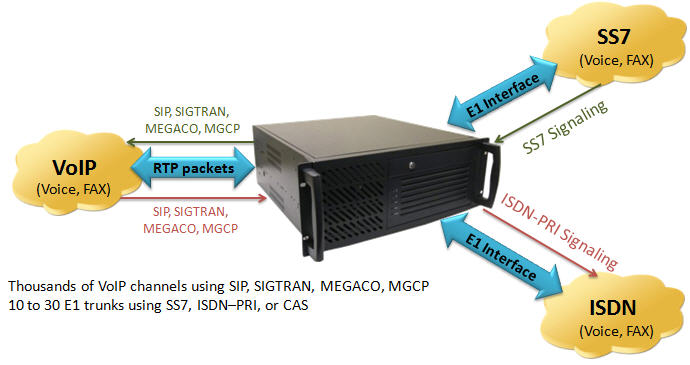 Gateway between VoIP and Legacy PSTN

The following are some of the GL's products that provide testing and emulation of Media and Signaling Gateways and Media Gateway Controllers: 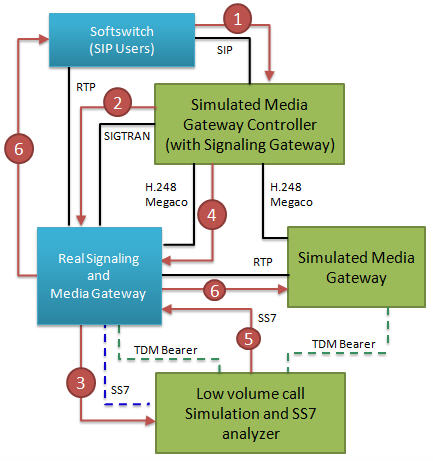 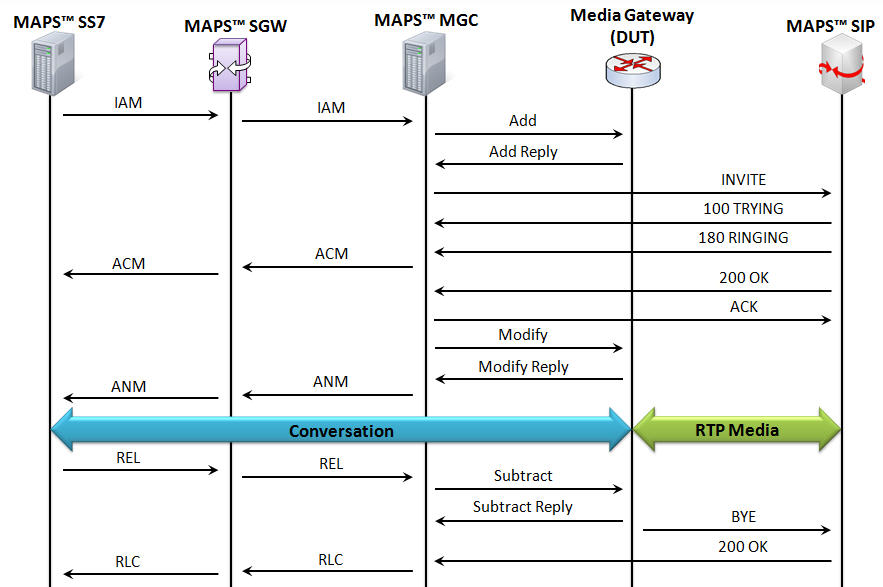 This scenario allows placing call using SS7 Call Simulator back to itself, with signaling traversing through MGC Simulator, and bearer through MG Simulator. 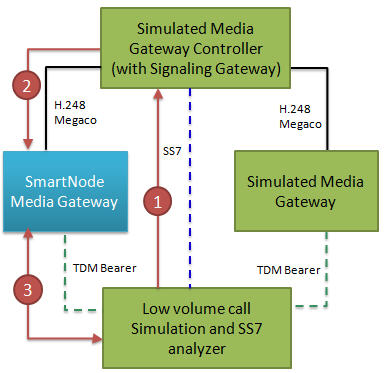 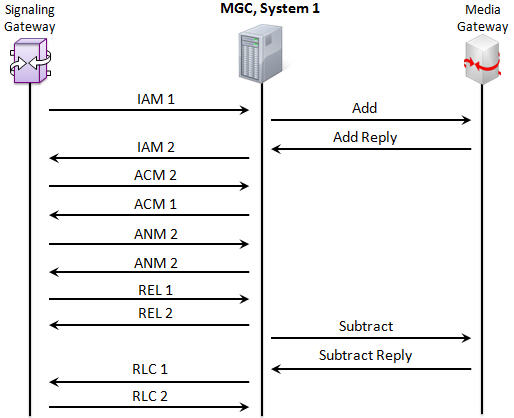 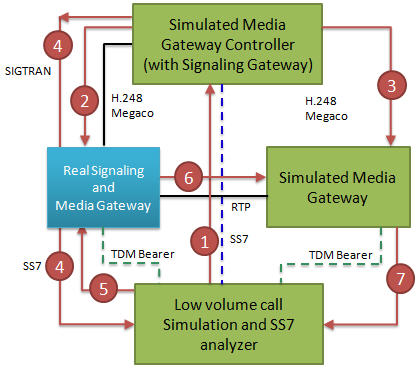 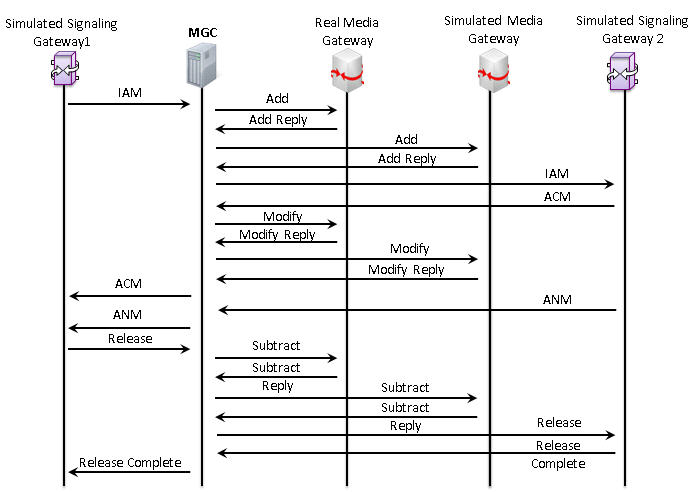