Testing at layer 2 involves the switches, bridges, or network interface cards as DUT. The bridges, switches, and network interface cards (NIC) work at Layer 2 (Data Link) and handle physical addressing, packing data into frames, and sequencing data frames. The Layer 2 consists of Logical Link Control (LLC) and Media Access Control (MAC) sub-layers, which route the packets based on the MAC address. So, only the MAC addresses need to be configured for layer 2 testing.

GL's PacketExpert™, in the configuration depicted below, can test the basic packet flow over the network. This test is performed in order to

Ethernet Test Setup at Layer 2 connected through a single switch

Stacked VLAN ID feature can be used to simulate the Carrier Ethernet condition shown in the figure, where SP VLAN ID is stacked on top of CE VLAN ID. 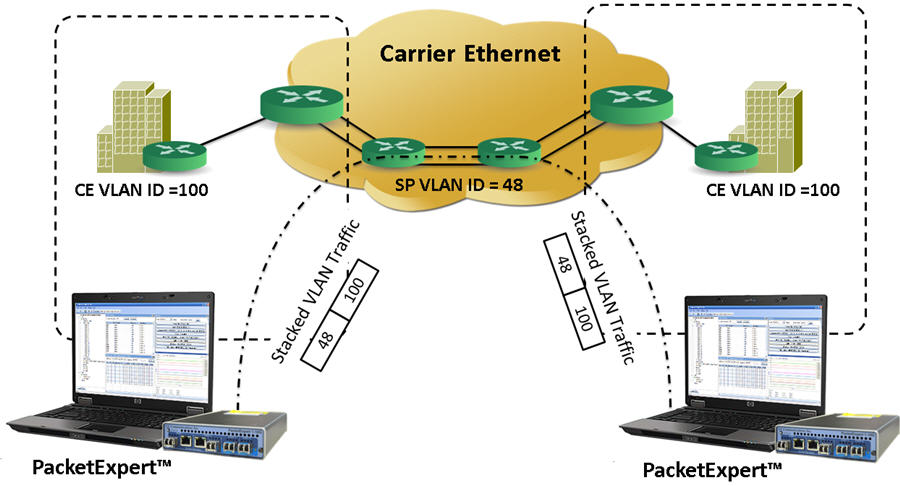