Welcome to another July 2015 issue of GL's Newsletter providing information and insight into our enhanced PacketExpert™, a Quad Port Ethernet/IP Tester.  It is enhanced with a highly precise non-intrusive Wirespeed Ethernet Tap referred to as PacketBroker. 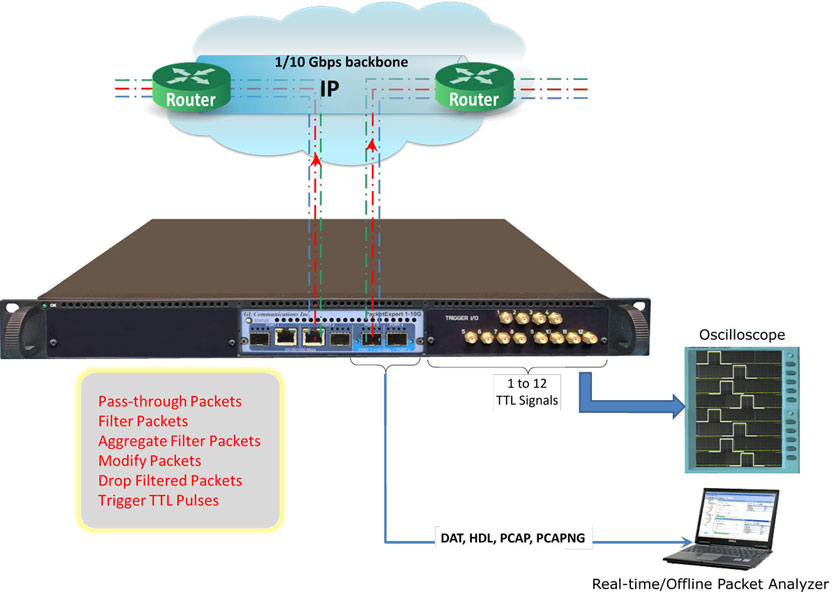 The PacketBroker is a new software application added to GL’s PacketExpert™ Ethernet Test Tool, that allows the test tool to be used as a highly precise non-intrusive Wirespeed Ethernet Tap with all the necessary features packaged within to capture real world traffic, define multiple filters for drilling-down to traffic of interest, generatee triggers based on packet filters, and transmit filtered/aggregated packets for deep-packet data analysis.

GL’s PacketExpert™ is a USB based portable Quad Port wirespeed Ethernet/IP Tester with 4 Electrical Ethernet Ports (10/100/1000 Mbps) and 2 Optical Ports (1000 Mbps). Two of the 4 ports (port 2 and port 3) in the PacketExpert™ unit support both Electrical and Optical interfaces per unit, enabling testing on optical fiber links as well. The PacketBroker module utilizes all these ports to support advanced features such as -

The application captures on Port 2 & Port 3 and outputs the filtered and modified packets on Port 1 and Port 4 respectively, or aggregates the output to either Port 1 or Port 4.   All the features of high-end taps are packaged into this portable unit making it suitable for field testing and remote testing at any point in the network.

The output of PacketBroker can also be fed to any packet analyzer software for further troubleshooting and analysis.  GL offers PacketScan™, an All-IP Network Monitoring software to analyze all signaling and traffic over IP traffic. 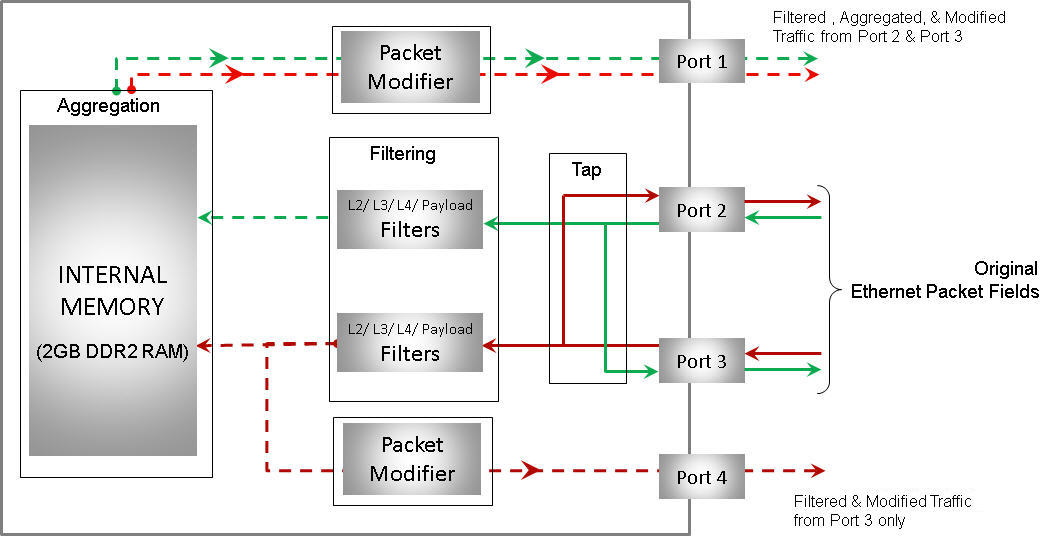 The PacketBroker application, allows PacketExpert™ to capture packets at wirespeed (up to 1 Gbps) non-intrusively over Ethernet (Electrical) and Optical ports at nano-second precision.  It supports both Tapping (Pass through mode), and Tap-Filter-Aggregate-Modification modes. PacketExpert™ operation is bi-directional, which means that both transmission directions are simultaneously processed by the equipment.

The below diagram provides the functional features of PacketBroker application such as Tap, Filter, Aggregation, and Packet modification.

It supports wirespeed filtering of Layer 2/Layer 3/Layer 4 Ethernet packets, with each port featuring up to 16 simultaneous filters.  Mono Trigger and Continuous filter modes are also supported. Users can set up to 16 simultaneous filters each of 40 bytes in length. Filter can be set to any offset within the packet, which gives flexibility to filter any field header including the payload. 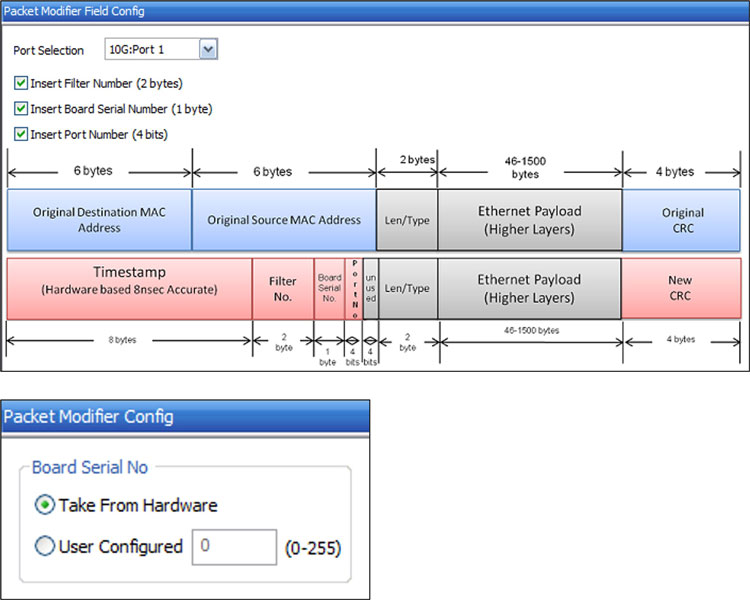 PacketBroker modifies filtered packets using an inband method of conveying information such as Timestamp, Board Serial No., Port No., and Filter No., to the (output port) packet analyzer by carrying this information in the packet's MAC header. The filtered packet's MAC header's Destination MAC Address (6 bytes) and Source MAC Address (6 bytes) fields are modified. 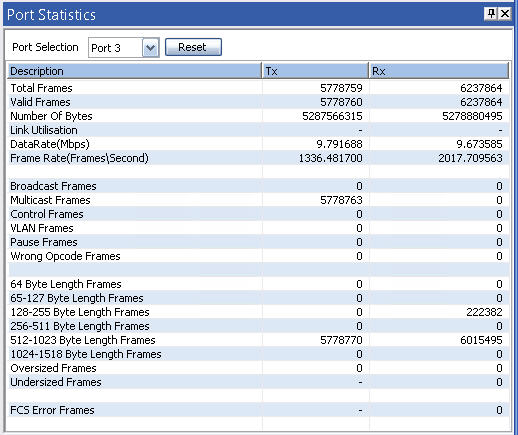