Welcome to another issue of GL Communications' Newsletter providing information and insight into Test Automation and Remote Testing through “API Support for PacketExpert™ Platforms”. This capability has wide ranging applications for Ethernet/IP Testing over 1 Gbps, and 10 Gbps networks. 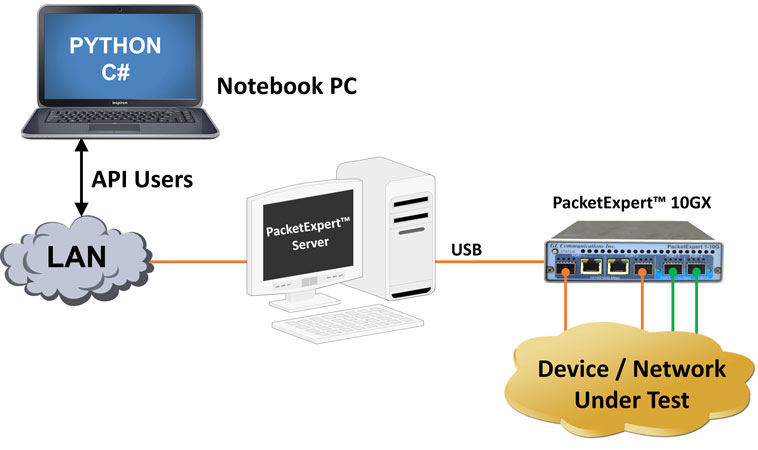 The PacketExpert™ provides access to all functionalities listed below remotely using Command Line Interface (CLI) and APIs through various clients such as C#, Python, and TCL.


PacketExpert™ can be configured as server-side application using the GL’s MAPS™ CLI Client/Server architecture. The advantage of such communication enables user to control PacketExpert™ by sending commands and receiving responses in a compiled/scripting language such as C#, Python, and TCL that is already familiar with many users. 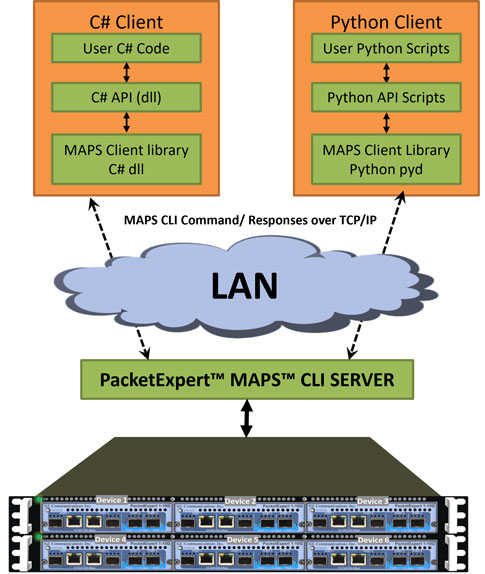 GL’s MAPS™ CLI Client/Server platform supports various client libraries in different languages, so that users can make use of these different libraries to talk to the MAPS server, and achieve automation using their language of choice. However, these are relatively low-level libraries, which gives users a very fine grain control, but also requires users to put in a bit more effort to program with it.

For PacketExpert platform, a set of relatively High-Level APIs have been developed on top of the MAPS Client library, which greatly reduces the time to develop sample applications and achieve automation. These APIs are developed in the respective languages and are easy to use and intuitive. Eg: C# APIs are provided by means of API classes for each application. Similarly, Python APIs are provided through API scripts that implement API classes for different applications. Also supplied are sample applications, that users can go through to come up to speed on how to use the APIs. Using these high-level APIs and sample applications, users can start developing automated testing in a very short period. 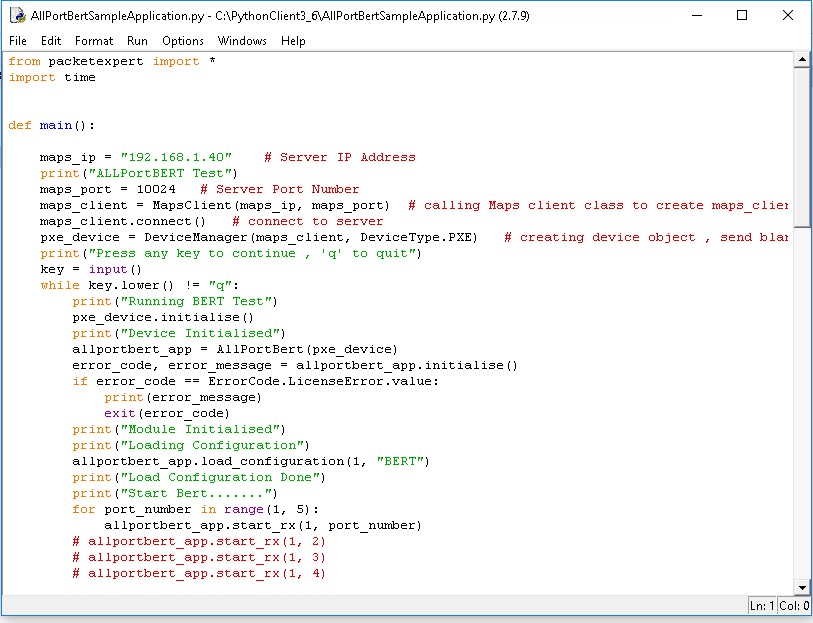 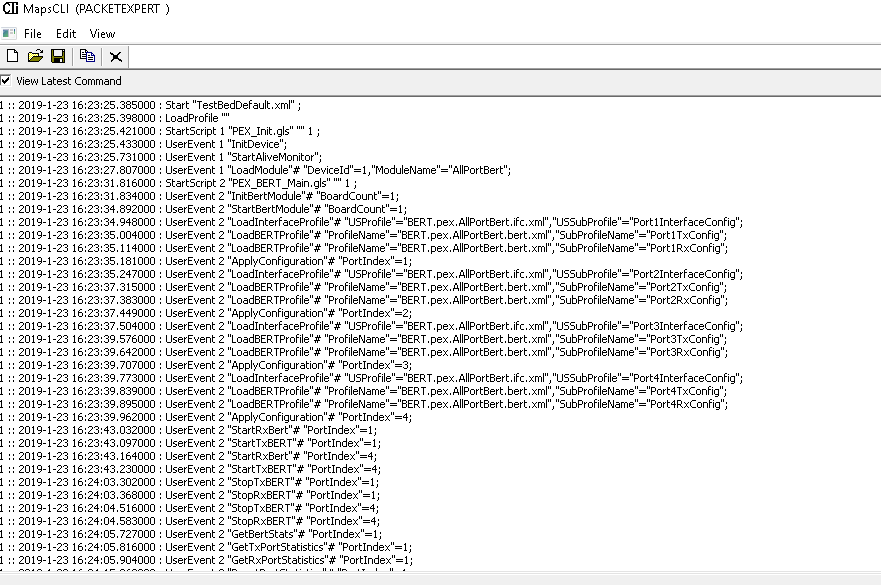 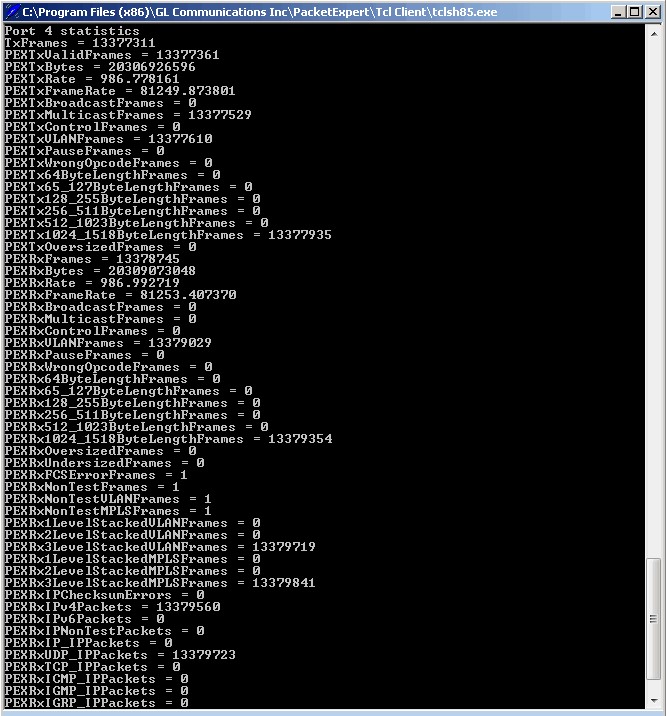