MAPS™ can be configured as server-side application, to enable remote controlling through multiple command-line based clients. Supported clients include Python, Java, TCL, and others. The MAPS™ APIs allows for programmatic and automated control over all MAPS™ platforms. Each MAPS™ server can receive multiple client connections and offer independent execution to each client. Likewise, a single client can connect to multiple MAPS™ servers, including servers running different protocols, permitting complex cross-protocol test cases.

Client provides a simple scripting language, with programming facilities such as looping, procedures, and variables. The Client application includes a MapsClientIfc.dll file, a packaged library that enables communication with the Server from the client environment. The advantage of such communication enables user to control MAPS™ by sending commands and receiving responses in a scripting language already familiar with many users.

Clients can remotely perform all functions such as start testbed setup, load scripts, and profiles, apply user events such as send digits/file/tones, detect digits/file/tones, dial, originate call, terminate call, start and stop traffic and so on. User can also generate and receive calls through commands. This client application is distributed along with MAPS™ Server application.

MAPS™ CLI Server is an executable which inherits all features of MAPS™ without GUI. It listens to a TCP message socket to receive and execute commands from client and sends the responses back to client.

TCL Client application includes a command-line interface (TClsh85.exe) into which client users may key in commands or load commands from previously saved files.

MAPS™ TCL interface includes MapsClientIfc.dll file, a packaged library that acts as an interface between MAPS™ Server and its TCL users.

TCL provides a simple scripting language, with programming facilities such as looping, procedures, and variables. The TCL Client application includes a MapsTclIfc.dll file, a packaged library that enables communication with the Server from a TCL environment.

MAPS™ TCL Client Interface (MAPS Client IFC) application includes a MapsClientIfc.dll file, a packaged library that enables communication with the MAPS™ Server from a TCL environment. The advantage of such communication enables user to control MAPS™ by sending commands and receiving responses in a scripting language already familiar with many users. 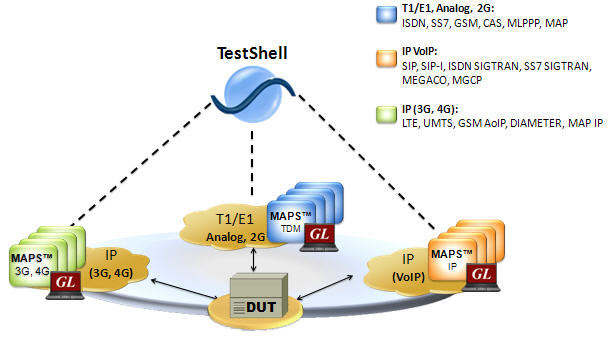 TestShell has a TCL Client built in, with scripting, drag and drop interface. This makes the system compatible with GL's MAPS™ Protocol Emulation software. TestShell / TCL Client runs TCL scripts which executes commands, that instructs the MAPS™ CLI Server to run a particular script that emulates the state machine to place or answer calls for the protocol specified.

In addition to existing Tcl and VBS APIs, GL is now offering Python and Java APIs for all variants of MAPS. The API is written using an object-oriented coding paradigm, designed to give the user simple and intuitive containers for their messages, calls and regressions.

The API is divided into “High” and “Low” level function calls. High level scripts leave the protocol logic to the underlying call control script on the MAPS server. Meaning, for example when receiving a SIP INVITE, the High Level call control script will immediately and automatically respond with a 100 Trying and 180 Ringing, when it eventually sends the 200 OK it will retransmit in accordance with the RFC.

A Low Level call control scripts transplant that logic to the API language, giving the user full control over signaling. This necessarily leads to more complex API scripts but it gives the user complete control over the state machine.

A sample Java/Python Client script (Isup_PlaceCall.zip) can be downloaded here.

As depicted in the figure, complete Gateway testing can be performed through MAPS™ CLI environment.

As shown in the Call Flow diagram below,

The call flow depicts the messages exchanged between MAPS™ SIP to MAPS™ CAS via Gateway, thus testing the Gateway (Device-under-Test) 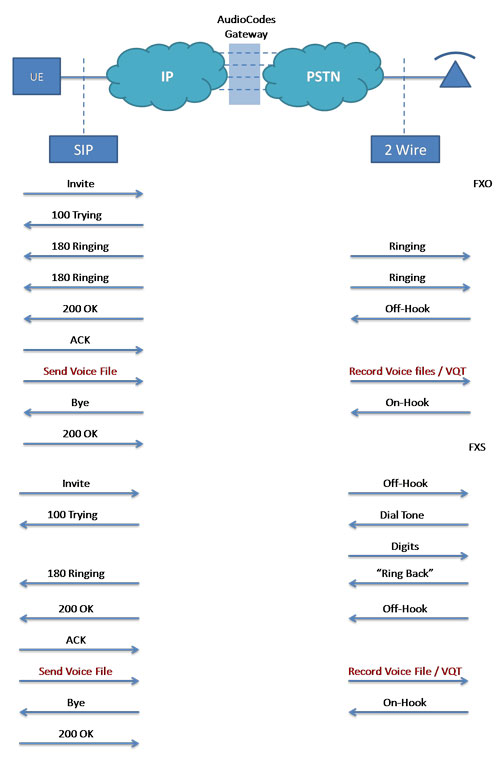 As depicted in the figure below, MAPS™ CAS CLI test system consists of the following:

As depicted in the figure below, MAPS™ SIP CLI test system consists of the following - 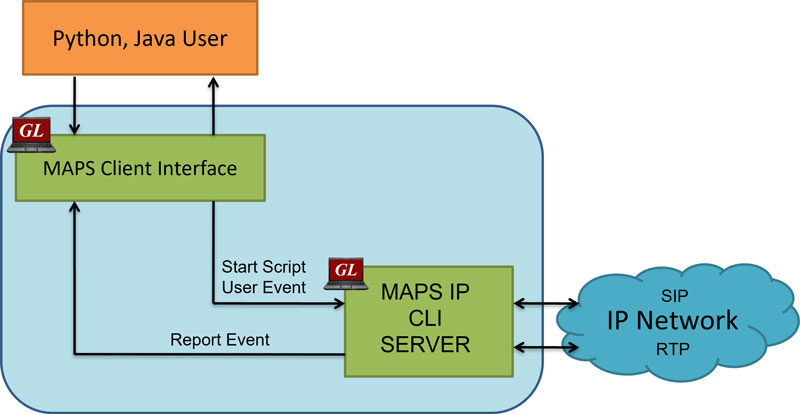 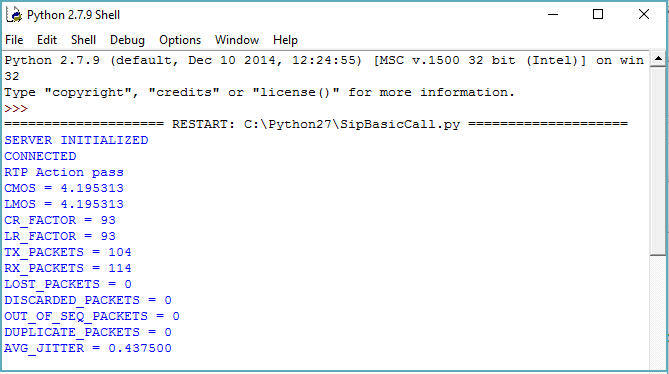 Shown below is the working principle of the MAP™ CLI Test System. 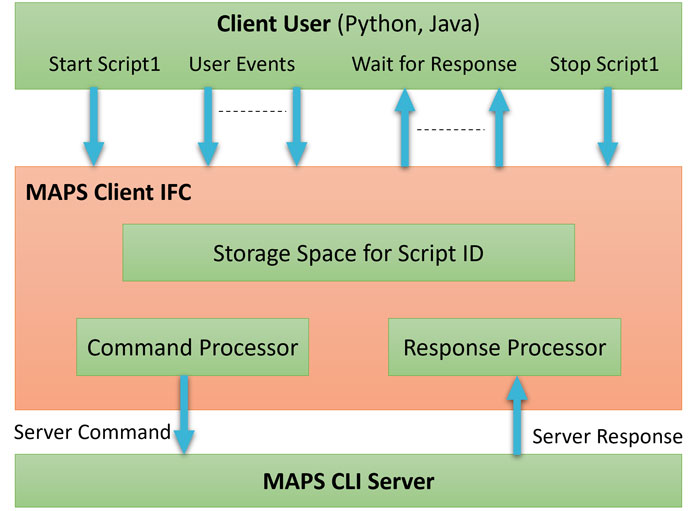 MAPS CLI system includes three functional modules, which interact with each other to perform as a single entity: