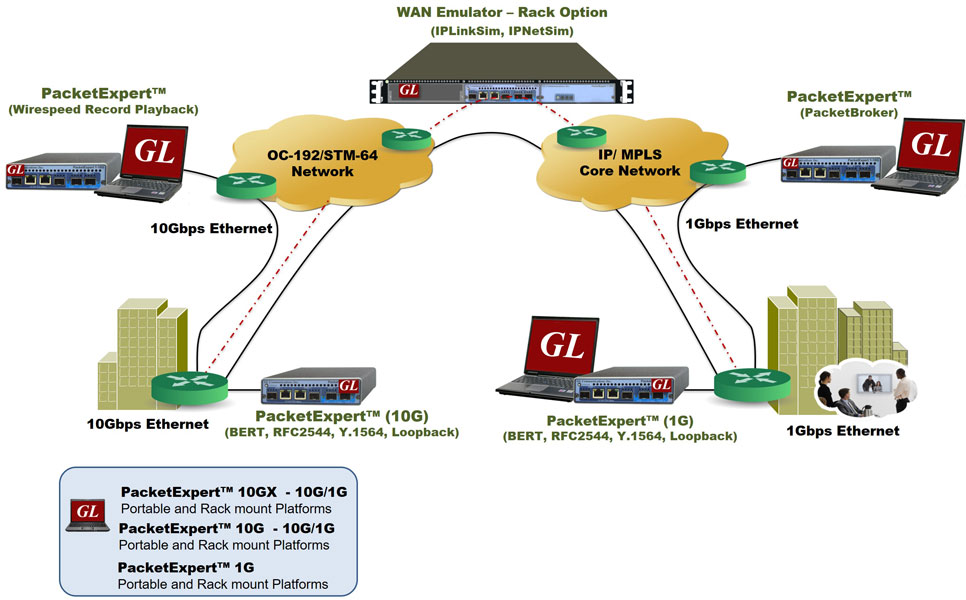 Speaking to the press, Mr. Jagdish Vadalia, a Senior Manager for product development of the company said. “10 Gbps Ethernet offers data speeds up to 10 billion bits per second, generally over single mode or multimode fiber optic lines.  It is also referred to as 10 GE, 10 GigE, or 10 GbE.  10 Gbps is compatible with existing Ethernet protocols and can be easily integrated into existing networks.

GL's ExpertSAM™ is intended for multiservice testing to measure the maximum performance of the device or the network under test.  ExpertSAM™ is a set of procedures that test the ability of Ethernet-based services to carry a variety of traffic (voice, data, and video) at defined performance levels. In particular, it is aimed at addressing limitations of legacy RFC 2544 test procedures, especially for Service Level Agreements (SLA).

PacketExpert™10G supports Smart Loopback and automatically swaps the MAC,IP and UDP address/port and loops back incoming frames at full wirespeed of 10Gbps. Loopback is useful in many testing situations, where there is a need for a remote device looping back the test traffic.

PacketExpert™ 10G supports capture of packets at wirespeed and also storing of the captured packets in popular file formats (pcap, ngpcap) for later analysis. The two 10 Gbps ports can act as a high performance network tap, capturing packets at wirespeed from both directions, at the same time acting as a transparent link between two end nodes.

PacketBroker™ also acts as a network tap and captures wirespeed traffic in both directions. But, in this case, instead of recording the captured packets to a file, it sends the captured traffic on the output ports for real time analysis by packet analysis tools like Wireshark™, PacketScan™ etc.