As depicted in the diagram, some of the important interfaces participating in the location request and response in LTE network are summarized below - 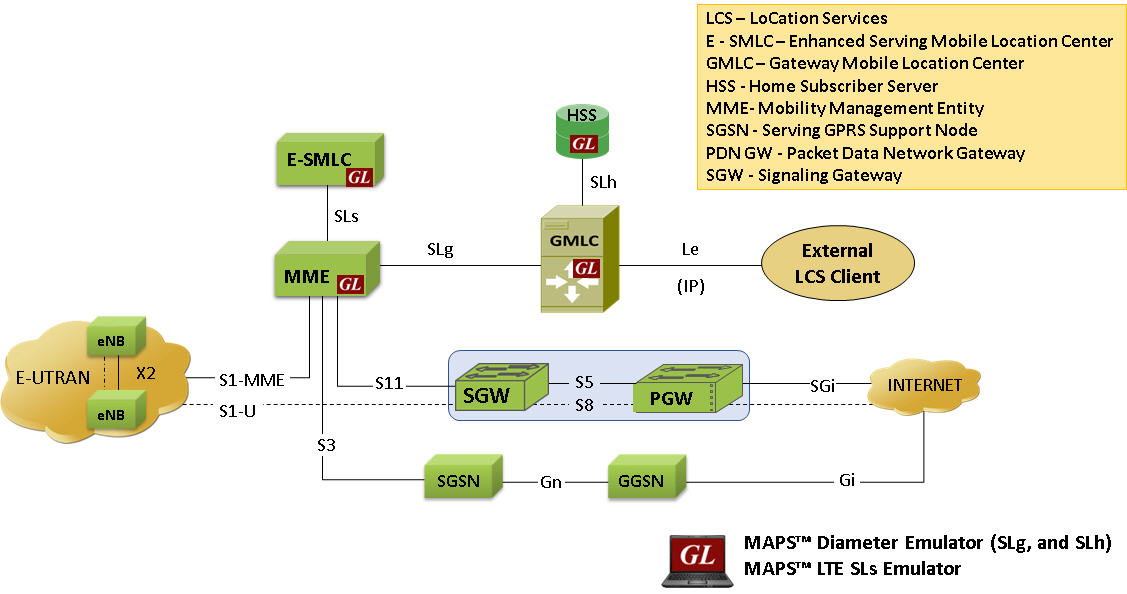 LPP protocol supports hybrid positioning method, in which two or more position methods are used simultaneously to provide accurate measurements. The LTE Positioning Protocols (LPP and LPPa) are carried in LCS-AP PDUs over established SCTP session between an E-SMLC and MME.

The standard positioning methods used in LTE network are: 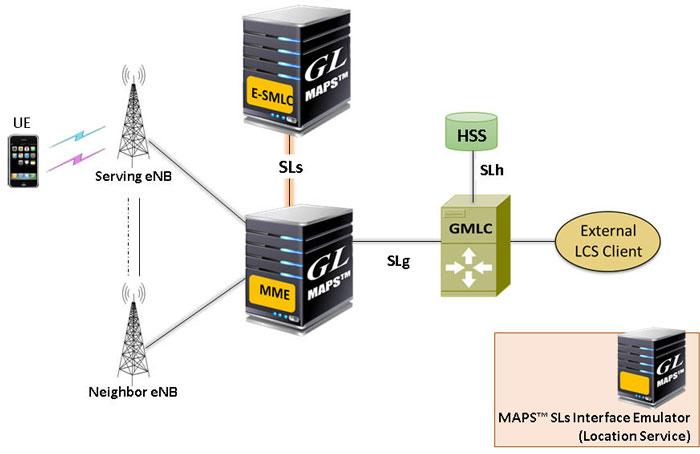 The figure above shows the architecture applicable to the positioning of a UE with E-UTRAN access. The SLs interface is used to convey LCS-AP (LCS Application Protocol) messages and parameters between the MME to the E-SMLC. It is also used for tunnelling LTE Positioning Protocols (LPP between the E-SMLC and the target UE), which is transparent to the MME as described in 3GPP TS 36.305.

Customers need test methodologies that will allow them to benchmark real-world positioning performance of devices. Within the core network, this requires testing of E-SMLC and MME entities.

MAPS™ SLs emulator supports such test requirements by simulating all location service procedures between E-SMLC and MME using UE based A-GNSS positioning method, thus testing either or both entities for all probable scenarios.

Shown below is a typical message flow on SLs interface procedure between MME and E-SMLC: 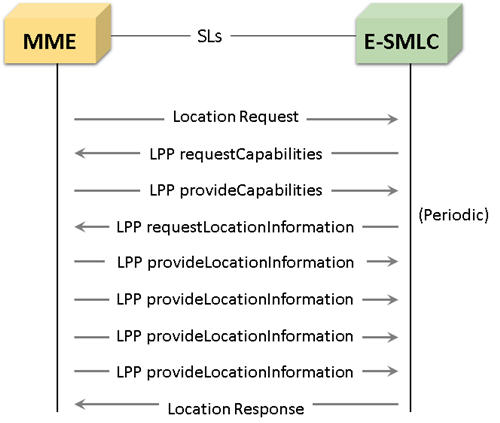 The same procedure realized by MAPS™ SLs emulator when configured as E-SMLC node is shown in the figure below. 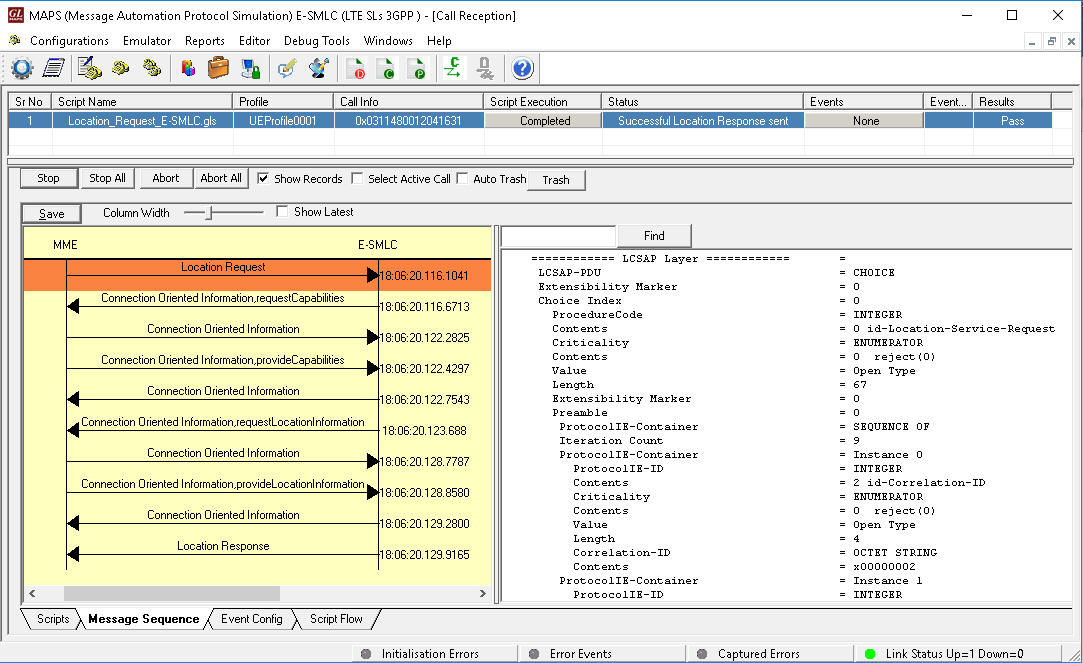