Testing system performance under realistic network conditions requires the introduction of impairments that could be expected to be seen on networks, especially public networks which are uncontrolled. There are a number of ways to do this. A basic method is to use network simulation devices that can emulate conditions expected to be encountered.

Packet loss can include a straight-forward % of packets to be lost to burst models where for an error event a certain number of packets will be disrupted. Latency or packet delay, and jitter, the variance in inter-packet delay, out-of-order packets, duplicate packets, and network congestion are other types of packet impairments expected to be seen. Latency and bit errors are impairments that could be seen on E1/T1 bearers or signaling links.

The simplest method of adding real-time traffic impairments to the IP domain is to use network tools such as the GL PacketExpert™, IPLinkSim™, or PacketCheck™ to simulate all network impairment conditions of real world IP networks such as network latency, network delay variation (jitter), bandwidth, congestion, packet loss, packet FCS errors, packet bit errors and others. The link impairments can be applied independently to both directions and can be configured as a bridge to forward frames between the connected networks/end points.

Real world types of impairments seen by E1 voice bearer traffic and signaling links can be emulated with applications such as the Error Insertion and Bulk Delay application, and T1 E1 HDLC Impairment application that work in conjunction with the GL’s T1 E1 hardware to introduce impairments on selected timeslot or on the entire trunk. This includes impairments such as BPVs, logic errors, frame errors, CRC errors, and FDL errors.  This application permits inserting single, fixed, automatic, random, and burst error into the incoming bit stream. This includes a bulk delay feature to simulate network delay on the T1 E1 links and trunks.

Following are the GL’s simulators used to introduce impairments in the network:

The packet and trunk impairments are applied generically to all traffic on the connections being impaired.

For more specific and detailed testing, MAPS™ applications run scripts to send and receive messages to setup and tear down audio paths using different protocols. As part of this implementation, MAPS™ simulator can select specific messages in the protocol and use logical operators (AND/OR/XOR), DELETE, or INSERT data to corrupt fields in the signaling messages. Impairment can be applied at any position in the given frame using byte offset value. MAPS™ supports low level impairment capability by manipulating forward and backward call messages (on a per call basis) just before sending over transport.

Logical operators can be used to apply a specific impairment to a specific message over the system and impairments can also be set on the RTP path. This requires the user to know where in the frame of a particular message to insert the impairment or to corrupt. The impairment feature is used to impair the parameter values in the selected message template to test error conditions. The user can either enable or disable this option in Send Message command of a particular script.

Simulation of delay error and jitter over Ethernet/IP networks

Users can manually introduce impairments and transmit data on the RTP sessions. The impairments that can be generated include

Analog - information is sent in its native format e.g. speech, fax, picture, video. May be digitized and use the TDM network.

HDLC frame impairment can be introduced at T1 and E1 rates. Impairments including Logic Errors, CRC Errors, Drop a Frames, Change Order of Frames, Duplicate a Frames, Insert a Frame, and Delay a Frames can be introduced manually or automatically with a specified random rate.

GL offers test tools to analyze and simulate satellite channels across various interfaces. The applications include: 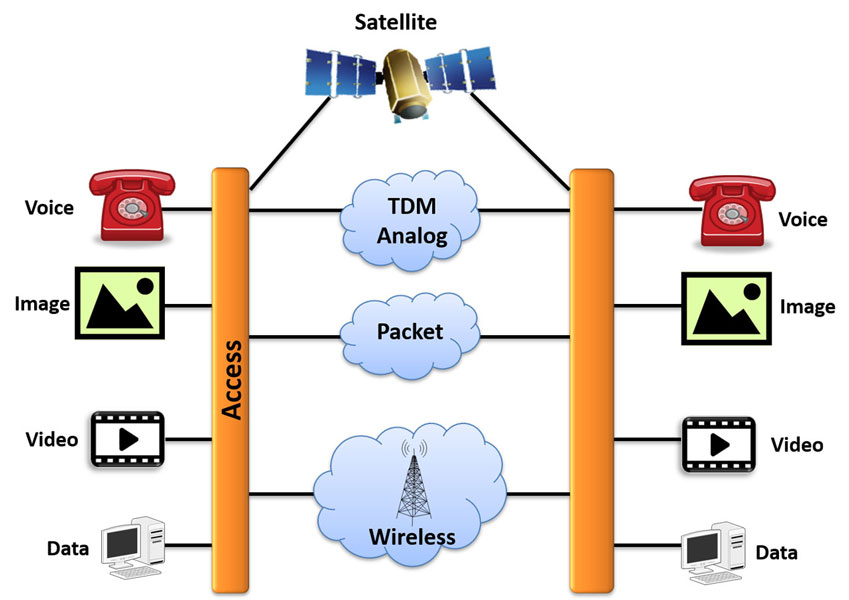