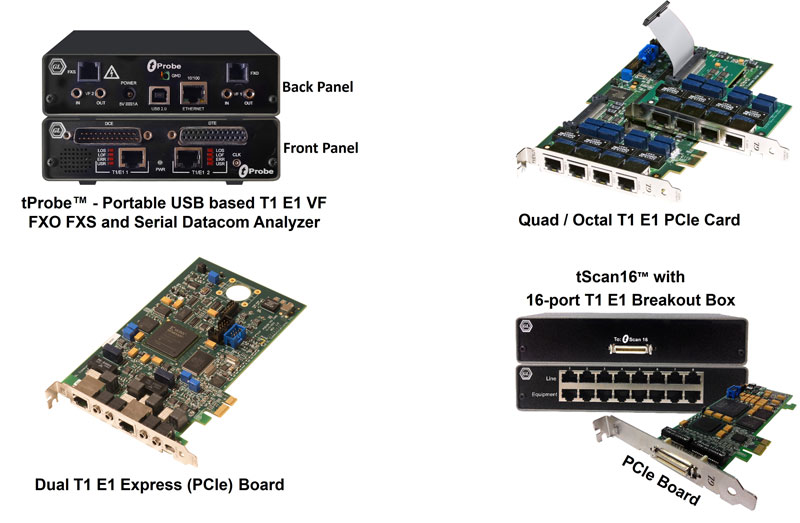 Speaking to the media, Mr. Vijay Kulkarni, CEO of the company said, ‘The newly introduced GL’s Synchronous Trunk Record-Playback (or STRP) application has both Record and Playback features that permits the user to synchronously record any type of traffic (voice, digits, and tones) on many complete T1 or E1 line (trunk) with accurate timestamp. Playback of some or all of the recorded data permits the user to recreate the transmission exactly as it occurred.

Relative time synchronization to microsecond accuracy is easily achieved. A menu entry has been added for this application under the special applications menu, utilizing the same license as the other record and playback applications.“
On the enhancements introduced to the existing T1 E1 applications, he explained, “Jitter Generation application has been enhanced to support AT& T Specs by changing the lowest allowable frequency limit from 10Hz to 1 Hz. And for jitter frequencies of 1 HZ to 5 Hz, now maximum allowable jitter amplitude can be set to 150 UI. Similarly for jitter frequencies of >5 Hz to 10 Hz, user can now set the maximum allowable jitter amplitude to 80 UI.

Stream Selection configuration option has been removed and the same is moved to the main GUI.  Each device entry can be dynamically configured as Insert or Drop device.  For INSERT action, only Mono mode option is provided.  Additionally, the window resizing, scrolling, and GUI maximize options are also included.

In HDLC Tx/Rx Test application, users can now select non-consecutive timeslots in single hyper channel. The functionality has been enhanced also work on sub channels 8-56 kbps. The application has been optimized by closing in the constant time vs linear time O(N) where N number of streams. Delay has been minimized and maintained constant across all T1 E1 channels.

The WCS TRAU Emulator application is now stable in E1 version. User can playback AMR12.2.HDL and AMR_Cisco.HDL trace files. User can make use of each timeslots at 8 kbps data rate.  The performance of WCS TRAU Emulator also has been considerably improved for long run. In Memory option of the application is now disabled during run time.  Capturing frames is possible on Pause and Run states.

In the T1 E1 configuration settings feature, ‘All enabling/disabling’ attribute is now handled properly.  And GUI is modified to easily view and set different settings under Tx, Rx and TxRx options.

Other enhancements to the application include replacement of Tee chart functionalities with Code Jock Charts for 64 bit support.  Also client-server based Transmit/Detect Digits module has now been added to the Basic Analyzer software.”