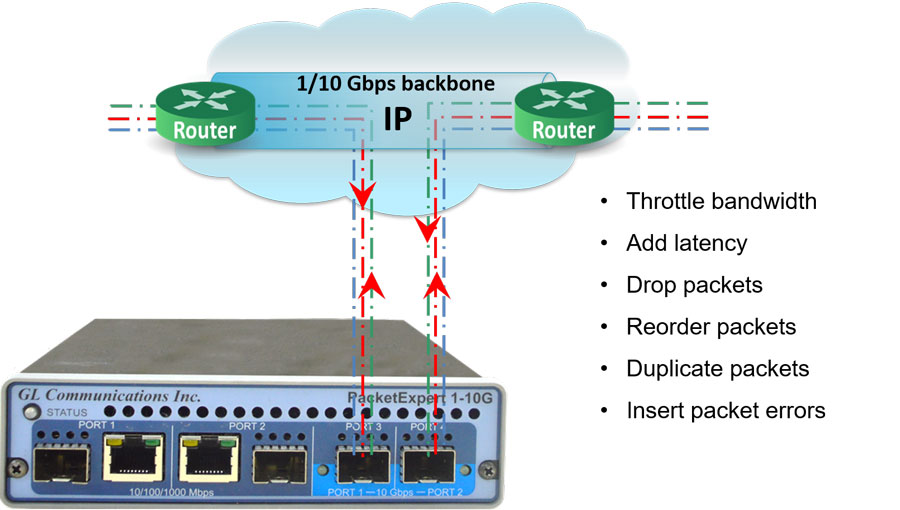 Speaking to the press, Mr. Jagdish Vadalia, a Senior Manager for product development of the company said, “IPNetSim™ emulates an IP network with access to 10 Gbps full duplex link or a 10/100/1000 Mbps full duplex link. For each direction, incoming traffic can be identified into separate user defined streams (up to 16 streams for 1 Gbps pipe and up to 4 streams for 10 Gbps pipe). These user defined streams can be modified to simulate network impairments.”

He added, “IPNetSim™ comprises of 4 ports, of which 2 ports support 10/100/1000 Mbps in either Electrical or Optical mode, emulating a 1Gbps full duplex pipe. The optical mode supports only 1000 Mbps using SFPs enabling testing on optical fiber. The other two ports on the unit support 10 Gbps using 10 Gbps SFP+s.

Mr. Vadalia further explained, “Functional capabilities of IPNetSim™ (1 Gbps/10 Gbps) include: Simulation of WAN conditions and this includes  various real world WAN settings such as Bandwidth, Latency, Packet-Loss, Error Insertion, Reordering, and Duplication to check the performance of end equipment to real world impairments. These settings can be applied for the selected 16 unique streams on 1Gbps link and 4 unique streams on 10Gbps link independently in each direction.

By classifying traffic into separate streams, and applying different set of impairments on each stream, a single IPNetSim™ can emulate different WAN scenarios like Head Office to Data Center, Head Office to Branch Office etc.

The real-time Throughput of each stream, plotted as rate against time is displayed in the form of line graph. All streams throughput can be viewed together, or user can select or deselect each stream to view. Graphing is supported from 5 seconds up to 7 days.