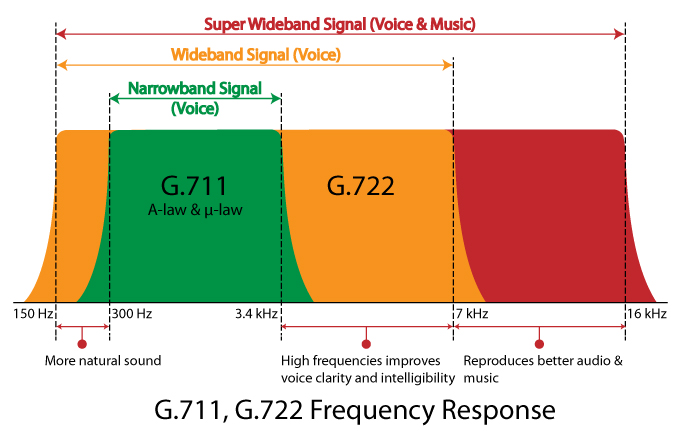 Speaking to reporters, Mr. Vijay Kulkarni CEO of the company said, “Despite revolutionary advances in telecommunications technology, audio quality has remained virtually unchanged for nearly 50 years!   This may change with the penetration of VoIP in wired networks and Voice over LTE (VoLTE) for wireless networks.  G.722 is a wideband codec with more natural sound, better clarity, and intelligibility. And very importantly, it’s license free.  Most all VoIP phones have it and use it within an enterprise and VPNs. Radio stations also use it for their audio transmissions prior to over the air transmission, since PSTN quality is just not good enough. The better quality is due to its better sampling spectral characteristics as depicted in the picture above.”

He added, “G.722 wideband audio codec has been around for some time (since ITU standardization in 1988).  Compared to G.711, it has the following superior characteristics: G.722 codec normally operates at 64 kbps (similar to G.711, A-law and u-law), although it can also operate at 56 kbps, or 48 kbps, and it is license free, and has better audio frequency response due to 16 kHz sampling and 14 bit resolution, and therefore G.722 codec provides better speech quality than G.711 codec. And it is used to transmit higher quality audio over 64 kbps ISDN circuits – sometimes called “program audio” for radio stations, and the codec is widely used in VoIP networks, wherein VoIP phones can easily (free license and technically simple) implement G.722, instead of G.711 with the same RTP overhead.”

Applications supporting G.722 over IP are : PacketScanTM  is a versatile Packet Analyzer for VoIP that supports many signaling protocols like H.323, SIP, RTP, Skinny, Megaco, and more.  It also supports many codecs including G.722.  And PacketGenTM, a SIP protocol emulator, VQuad™ SIP, a voice and data quality test tool, and all our MAPS™ Emulation products also support G.722. “

He explained, “Applications Supporting G.722 over TDM: In both A-Law and µ-Law PCM (64kbps), 8 bits are required to represent each sample. It can be seen that PCM operates at a rate of: 8 bits/sample * 8000 samples/sec = 64000 (64K) Bits Per Second. G.722 uses two 4-bit samples in the same 8-bit space, thereby using the same capacity with better quality.  ISDN Analyzer and Call Capture & Analysis (CCA) application are now supported with wideband G.722 codec. Also, Voice Band Analyzer (VBA) application operates in near real time, processing the signal files recorded by Call Capture Application (CCA) has been enhanced to support G.722 at 64 kbps.  It captures and decompresses G.722 to 14-bit PCM file.