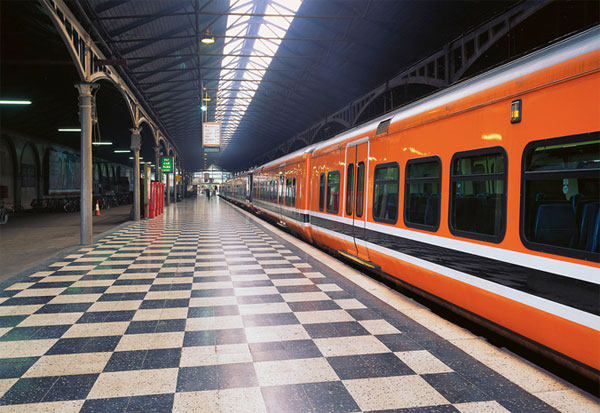 Welcome to the December 2007 issue of GL's Consulting Newsletter. This month we focus on Video Surveillance and Passenger Information Systems (PIS) that many Mass Transit agencies use for transit network operation and passenger safety. In general, such surveillance and information systems help:

Mass transit agencies in many countries are increasingly using Video/Close Circuit Television (CCTV) surveillance to enhance public security within the transit network. Experience shows that video surveillance has been successful in reducing and preventing crimes and helpful in prosecuting individuals caught in the act of committing a crime by having access to recorded evidence of crime scenes. Overall, operational cost savings are realized. Video surveillance systems can passively record and play back video as needed or be actively monitored by security personnel

Transit agencies need to consider many factors while planning and implementing passenger information and security systems. They include:

We discuss below a few instances of GL's work in designing and implementing Video Surveillance and Passenger Information Systems.

GL has designed a smart video surveillance system/CCTV communication and control center for one of its mass transit customers. The system works round the clock and is capable of maintaining surveillance within the transit network.

GL has designed a SET System for a large metro transit network. A SET system enables patrons, when faced an emergency, to seek help at the press of a button on an emergency telephone.

GL has designed and integrated a PA and LED sign system for a metropolitan train transit network. The integrated system is used to provide passenger information and emergency announcements in public access areas within train stations.

We hope that you will continue to enjoy reading GL's newsletters. Future issues will highlight GL's support for projects such as:

Back to Consulting Services Newsletters Page